Tired of watching their young people descend into drug addiction, village elders in a remote Afghan region are taking action to get them to kick the habit, or get kicked out of town.

Heroin addicts in a corner of eastern Ghazni province are being set deadlines to quit after tribal elders decided the only way to deal with the worsening problem was to cajole, threaten, punish and, finally, evict them. 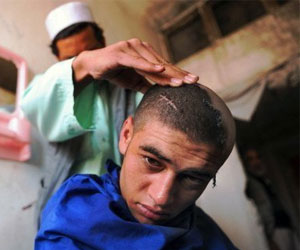 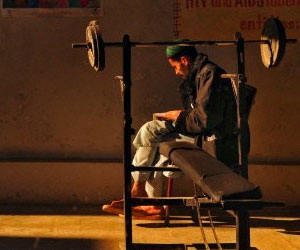 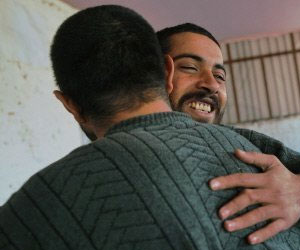 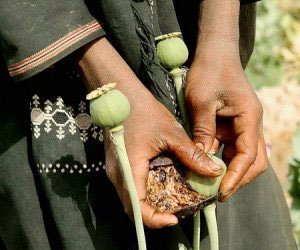 First comes a warning, then a fine. If they ignore that, they face having their houses burned down.


If the addicts, and those supplying them with the heroin that has eaten into the fabric of traditional life across the country, still fail to comply, they are forced to leave, said elder Mohammad Razaq.

"Heroin addiction among our young people was destroying us," he said.

"This destruction was getting worse and worse every day and we felt that we had no choice but to deal with it in this way.

"Since the elders made the decision, we have evicted more than 200 addicts from villages in this district. They have all been told that until they give up their addiction, they are not welcome back."

Afghanistan is the world's biggest producer of opium, the raw material of heroin, most of it grown in the southern provinces of Kandahar and Helmand, where it helps fund an increasingly vicious Taliban insurgency.

The illicit industry has an estimated value of around three billion dollars a year, making it far and away the country's biggest export earner.

Experts say the relationship between drugs and insurgency is becoming inextricably entwined as smugglers pay the Taliban to protect shipment routes taking opium and heroin to Pakistan and Iran, bringing back guns and fighters.

The UN office on drugs and crime (UNODC) said last month the 2009 potential gross export value of opium from Afghanistan was 2.8 billion dollars, or about a quarter of gross domestic product.

Others, however, point to rising stockpiles and say the kingpins of the trade are hoarding their product to push prices up.

In a country with few reliable statistics, where even the population is a rough estimate of 24-30 million, it is impossible to know how many drug addicts there are.

A UN report on usage rates among Afghans is due in March but in the meantime UNODC says simply: "Conflict, displacement, economic hardship and overflowing opium production have generated widespread drug abuse in Afghanistan."

Ghazni is hardly a black spot on Afghanistan's drug map, but it has not escaped the addiction problems that plague most of the country.

Dr Ismail Ibrahimzai, head of the Ghazni provincial hospital, estimated the province has around 20,000 addicts, 80 percent of them men, 13 percent women and seven percent children.

He sees no merit in trying to cut addiction by force.

"The health ministry has set up treatment centres for addicts and mobile groups are working hard to cut the number of addicts," he said, adding that an estimated 14 percent of Ghazni's addicts have registered for treatment.

"It is not possible to cure addiction by force, we have to encourage addicts to come to the treatment centres when they are ready.

"If there is no support network for them, and no health care, suddenly being forced to stop the drugs can be life-threatening," he said.

The villagers of Qarabagh, however, could see no alternative.

"The number of addicts increased in recent years and most of them were people who had come back from foreign countries such as Iran," Qarabagh resident Mohammad Nabi said, referring to the millions who fled war and then the 1996-2001 Taliban regime into Iran and Pakistan.

"The government has done nothing to prevent addiction or get rid of producers and sellers, so we had no choice if we wanted to stop our children from destroying themselves," he said.

The first step in the campaign, said elder Razaq, was to identify producers, traffickers and sellers and "tell them that if they don't stop, they will be fined 100,000 afghani (2,000 dollars).

"And if they still continue after being fined, the community gets together and burns down their houses," he said.

Addicts, he said, are given a deadline to quit. "If they don't stop taking the drugs by the deadline, then we force them out of the village," he said.

Ghazni's police chief, Khialbaz Sherzai, welcomed the unilateral action of the villagers, telling AFP: "If this plan was implemented across the country without doubt the result will be very positive in cutting the number of addicts and eliminating sellers, production centres and trafficking."

The treatment centre in Ghazni has no mass accommodation and says that we introduce the addicts to Kabul and Bagram for treatment.

Ghulam Jan is another who worries about the effects of forcing addicts off the drugs, after his brother was evicted as winter set in and disappeared.

"The decision to do something about the problem is good but they have take the life of the addicts into account," he said.

"They can't work, so how can they live? My brother is an addict but he is a member of my family and we love him."

Drug Addiction Treatment: "coke on Its Way Out"
Compounds that might help ease the cravings of methamphetamine and cocaine addiction have been successfully identified, says an american research.
READ MORE