Afghan Govt. Forced to Free Women Jailed for 'Running Away' 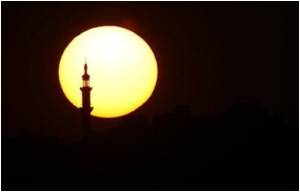 New York-based Human Rights Watch (HRW) has called on the Government of Afghanistan to take immediate steps to end the unlawful imprisonment of women and girls accused of "running away".

Up to 70 percent of the approximately 700 female prisoners in Afghanistan have been imprisoned for running away, nearly always for fleeing forced marriage or domestic violence, a March 2012 Human Rights Watch report found.

Human Rights Activist Speaks Up for Indian Workers Stranded in New Orleans, US

"The public pledges by top Afghan government officials to end wrongful imprisonment of women and girls fleeing abuse sends an important message of equal rights for women," said Brad Adams, Asia director at Human Rights Watch. "Now the onus is on President Karzai and his government to promptly free the women and girls who have lost months or years of their lives on these bogus charges."

The UN rights commissioner has said that human rights went viral in 2011 thanks to the exponential growth of social media on the Internet.
Advertisement
Ghalib said that police and prosecutors should never send cases of "running away" to the courts. Yarmand pledged his commitment to ending abuses by the police, saying that all police had been instructed that running away is not a crime. Ghazanfar said that women and girls accused of running away are not criminals, but generally crime victims who flee to escape violence committed against them.

Fawzia Koofi, director of the lower house parliamentary committee on women's affairs, and her counterpart, Siddiqa Balkhi, the director of the upper house parliamentary committee on women's affairs, had joined together in calling for the government to immediately free women and girls charged with running away under Afghanistan's ambiguous and arbitrary "moral crimes" law.

"Pardoning victims of unlawful imprisonment for running away does nothing to end this abuse," Adams said. "President Karzai should immediately issue a decree prohibiting all arrests and prosecutions for 'running away' and order the release of all women and girls currently imprisoned on this charge."

Imprisonment is not the only danger faced by women and girls who flee abuse at home, Human Rights Watch said. "Honor killings" are common in Afghanistan, and a woman or girl who flees home without her family's permission is often seen as having brought shame upon the family. Male family members sometimes respond by murdering their relative. Human Rights Watch's research found that many of the 58 women and girls interviewed feared murder at the hands of their families following their release from imprisonment.

An important development since 2001 has been the creation of shelters in Afghanistan for women fleeing violence. These shelters are the only refuge for women and girls leaving prison who are at risk of murder by their families. Such shelters, however, are in short supply, with only 14 nation-wide and none in the southern region of the country where women's rights are particularly controversial.

Afghanistan's shelters also suffer from a lack of support from the government. The government does not fund shelters, and a government attempt to take over control of the shelters in 2011 prompted fears that it intended to close off access to shelters. In June 2012, controversy erupted again when Ghalib, in a public meeting, described the shelters as hosting "immorality and prostitution." Ghalib later apologized for his remarks after women's rights activists called for him to be fired.

"Afghanistan's shelters save the lives of women every day," Adams said. "The Afghan government work with and international donors should work together to ensure that every Afghan woman and girl facing abuse or death has easy access to a safe shelter."