"Eating fat does not make you fat," argues a new report by the National Obesity Forum (NOF) and the Public Health Collaboration, as they demanded a major overhaul of official dietary guidelines.

The report, which has provoked a broad backlash among the scientific community, also argues that saturated fat does not cause heart disease while full fat dairy products such as milk, yoghurt and cheese, can actually protect the heart.

Professor David Haslam, NOF chairman, said: "As a clinician treating patients all day every day, I quickly realised that guidelines from on high suggesting high carbohydrate, low-fat diets were the universal panacea, where deeply flawed. Current efforts have failed, the proof being that obesity levels are higher than they have ever been, and show no chance of reducing despite the best efforts of government and scientists."


Processed foods labelled "low-fat", "lite", "low cholesterol" should be avoided at all costs and people with Type 2 diabetes should eat a fat-rich diet rather than one based on carbohydrates, the report urges.

Snacking between meals is one of the main causes of the current obesity crisis, the report argues, while added sugar should be avoided because it has "no nutritional value whatsoever".

Calorie counting is also a damaging red herring when it comes to controlling obesity, said the NOF report, as calories from different foods have "entirely different metabolic effects on the human body, rendering that definition useless".

"Obesity is a hormonal disorder leading to abnormal energy partitioning which cannot be solely fixed by increasing exercise," the report says. 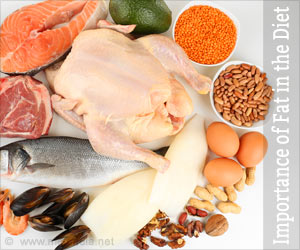 Importance of Fat in the Diet
Fat along with protein and carbohydrate are essential nutrients for normal body function and for maintaining our well-being.
READ MORE