Results from a phase III clinical trial have shown that combining two existing cancer drugs to treat post-menopausal women with advanced breast cancer resistant to hormonal therapy significantly improves outcome. Researchers told the 2011 European Multidisciplinary Cancer Congress [1] that women treated with a combination of everolimus and exemestane had an improved progression-free survival of nearly seven months compared to women who were treated only with exemestane.

Trial leader, Professor José Baselga from the Massachusetts General Hospital and Harvard Medical School, Boston (USA), will tell the meeting: "These results are impressive and, potentially, could represent a new therapeutic option for women with advanced post-menopausal breast cancer who have previously been treated with hormonal therapy."

Everolimus is an established treatment for recurrent, advanced kidney cancer and researchers are now looking at its use in other cancers. Phase II trials involving patients with advanced cancer driven by oestrogen receptor-positive advanced breast cancer have been promising when everolimus is used on its own or in combination with hormonal therapy. In order to follow this up, the phase III clinical trial BOLERO 2 was set up to investigate the efficacy of everolimus in patients who have become resistant to aromatase inhibitors - drugs that decrease the amount of oestrogen produced and help to slow or reverse the growth of the cancer.

The multi-national trial was conducted with 724 patients in 24 countries, with an average age of 62. All patients had been treated previously with the aromatase inhibitors letrozole or anastrozole. Earlier treatments also included tamoxifen (48% of patients), fulvestrant (16% of patients) and chemotherapy (68% of patients).

A group of 485 patients was randomised to receive everolimus and exemestane, while 239 received only exemestane until the disease progressed or unacceptable levels of toxicity were recorded. The trial was stopped early after an interim analysis revealed that further tumour growth did not occur for nearly 11 months in patients who received everolimus, whereas patients receiving only exemestane had progression-free survival for approximately four months.

Prof Baselga says: "This is a highly significant improvement in the time to disease progression in a patient population that is highly resistant to therapy."

Trial sponsor Novartis plans to file worldwide regulatory submissions for everolimus as a treatment for oestrogen receptor-positive, advanced breast cancer by the end of 2011. 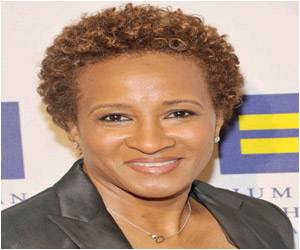 Novartis Kidney Cancer Drug may be Effective in Breast Cancer Patients as Well
Novartis' kidney cancer drug, Afinitor was found to successfully increase the amount of time that post-menopausal women lived without their disease getting worse.
READ MORE