Advanced Epilepsy Treatments Made Possible By University of Toronto Biologists 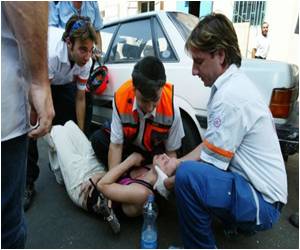 A team of biologists including one of Indian origin from University of Toronto has achieved a breakthrough by identifying proteins that can be targeted for correcting imbalances that are evidenced in neurological disorders, such as epilepsy, schizophrenia and autism spectrum disorder.

Professor Melanie Woodin, the research lead, said that neurons in the brain interact with other neurons by way of a process called synapses. In the process, they either excite or inhibit other neurons. He also added that any discrepancy in excitation or inhibition levels may cause improper brain function and induce seizures or other neurologic disorders.
Advertisement

A protein complex has been located that plays a key role in regulating the proper interaction of neurons at cellular level. The key proteins are KCC2, which is responsible for inhibitory impulse, GluK2, which is the receptor for excitatory transmitter glutamate, and Neto 2, which is an auxilary protein that communicates with the other two proteins. The protein complex integrates all these three proteins for synaptic communication.


"Finding that they are all directly interacting and can co-regulate each other's function reveals for the first time a system that can mediate excitation-inhibition balance among neurons themselves," said Vivek Mahadevan, a PhD candidate in Woodin's group and lead author of the study.
Advertisement
The cornerstone of the study was the application of an advanced sensitive gel system to determine native protein complexes in neurons known as Blue Native Page.

The researchers made this path-breaking discovery by conducting electrophysiology experiments, biochemistry, fluorescence imaging on mice brains.

"There is no cure for epilepsy; the best available treatments only control its effects, such as convulsions and seizures. We can now imagine preventing them from occurring in the first place," Woodin added.

The findings are published in the journal Cell Reports.

Facts on Epilepsy
Epilepsy is a chronic brain disorder that is associated with repeated seizures. These epilepsy ......

Canadian Researchers Identify Key Players in Development of Epilepsy and Schizophrenia
Researchers at University of Toronto revealed that they have identified key proteins that play an .....