Adults With Disabilities Do Not Receive Routine Screenings for Colorectal Cancer 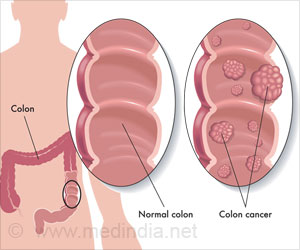 In the United States, colorectal cancer is the fourth most common type of cancer, with nearly 135,000 cases reported in 2016.

The likelihood of surviving colorectal cancer is strongly related to the stage in which it is diagnosed. Researchers from the University of Missouri School of Medicine looked at screening adherence rates and found that individuals with certain disabilities are less likely to receive recommended preventive screenings. The researchers hope the finding will lead to targeted interventions and increased awareness for these individuals.

Hispanics have longer median survival times than blacks and whites in survey of 1,300 patients.
Advertisement
‘Colorectal cancer is the second leading cause of cancer deaths in the U.S. However, almost 60 percent of these deaths could be prevented if people ages 50 years or older received routine screenings.’

"Colorectal cancer is the second leading cause of cancer deaths in the U.S.," said Chelsea Deroche, Ph.D., assistant professor of biostatistics in the MU Department of Health Management and Informatics and in the Biostatistics and Research Design Unit. "However, almost 60 percent of these deaths could be prevented if people ages 50 years or older received routine screenings. When studying adherence rates to recommended screenings, we found that individuals with blindness or low vision, an intellectual disability or a spinal cord injury are less likely to receive screenings than those without these disabilities."


The U.S. Preventive Services Task Force currently recommends that individuals ages 50 to 75 be screened by one of the following methods:

Vemurafenib alone in metastatic colorectal cancer patients failed to show a benefit. But what if vemurafenib was combined with not one but two other cancer drugs?
Advertisement
sigmoidoscopy every five years, plus a fecal occult blood test every three years; or

In their observational study, researchers reviewed data from South Carolina Medicaid and Medicare claims, state health plan claims and hospital discharge data between 2000 and 2009. The researchers compared colorectal screening adherence rates of individuals with either blindness or low vision, an intellectual disability or a spinal cord injury to the general U.S. population.

"These individuals may not be routinely screened for colorectal cancer due to a lack of education and awareness, transportation challenges or other barriers," Deroche said. "These findings support the need for increased awareness and targeted advocacy outreach efforts to both physicians and caregivers to ensure all individuals are screened appropriately."

Place of Residence Matters in Late Diagnosis of Colorectal Cancer

In addition to a person's race or ethnicity, where they live can matter in terms of whether they are diagnosed at a late stage for colorectal cancer.
Advertisement
<< New Category of Analgesic Drugs to Treat Neuropathic Pain Id...
Biology Not as Deterministic as Many Scientists Think >>

Vitamin E, Selenium Do Not Prevent Polyps That can Lead to Colorectal Cancer

A daily dose of vitamin E and selenium did not prevent polyps that are the premalignant precursors to most colorectal cancers.