Adults Staying Near Medical Marijuana Stores Use It More 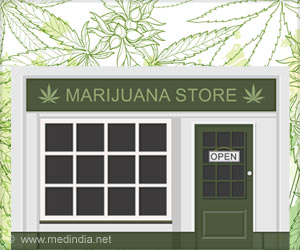 Young adults living near medical marijuana dispensaries use marijuana more often than their peers and have more-positive opinions about the drug, according to a new RAND Corporation study.

The associations were strongest among young adults who lived near dispensaries that had storefront signs, suggesting that regulating such advertising could be one strategy if policymakers were concerned about curbing use of marijuana. Based on research from this same project, the city of Los Angeles adopted an ordinance in 2018 to restrict some storefront and billboard advertising.

Advertisement
‘Access to marijuana should be restricted for young adults, as it's use is most prevalent among this age group and is related with increased risk for several substance use disorders.’
Read More..

The study, which examined a group of people aged 18 to 22 who lived in Los Angeles County in 2016-17, is the first to show that storefront marijuana signage is extremely influential and substantially magnifies the associations between higher density of medical marijuana dispensaries with greater use of marijuana and positive views about the drug. The study is published by the journal Addiction.


"Our findings suggest that as the marijuana retail outlets become more visible and more numerous, they may influence the way that young adults perceive and use marijuana," said Regina Shih, the study's lead author and a senior behavioral scientist at RAND, a nonprofit research organization.
Advertisement
California was the first state to legalize medical marijuana in 1996, with 33 states now having some type of medical marijuana law. In addition, California and nine other states allow the sale of marijuana for recreational use.

Although research supports some medicinal benefits of marijuana, youth who frequently use marijuana are more likely to experience negative consequences such as increased risk of mental and physical health problems, school drop-out, relationship problems and motor vehicle accidents.

RAND researchers analyzed survey results from 1,887 people aged 18 to 22 who live in Los Angeles County and have been long-term participants in an ongoing RAND project examining multiple factors about the use of alcohol, marijuana and other drugs. Most of those in the study were in college or trade school at the time of the survey.

Researchers found that nearly 85 percent of the study participants lived within four miles of 10 or more medical marijuana dispensaries.

Living near more medical marijuana dispensaries was associated with using marijuana on a greater number of days over the past month and with higher positive expectations about marijuana.

Living near more medical marijuana dispensaries that had storefront signage was associated with a four- to six-times larger effect both on marijuana usage and on positive expectations about marijuana.

"Attention is needed on access to marijuana for young adults, as marijuana use is most prevalent among this age group and is also associated with increased risk for several substance use disorders," Shih said.

Researchers say that as the marketplace for medical and recreational marijuana change rapidly, future studies should track whether access to recreational dispensaries influences youth marijuana use and risk factors over time.