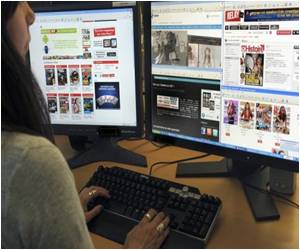 Older men and women who are consistent internet users are twice as likely to participate in screening for colorectal cancer compared with those who do not use the internet, reveals a new study.

There was, however, no association between internet use and participation in breast cancer screening among women.

It was found that internet use was higher in younger, male, white, wealthier, and more educated participants and lower in older, less wealthy, and nonwhites individuals with physical disabilities.

The study is published in journal Cancer Epidemiology, Biomarkers and Prevention.

Chinese Scientists Use Lightbulbs for Internet Access
Scientists at China have indicated through experiments the possibility of getting online on ......