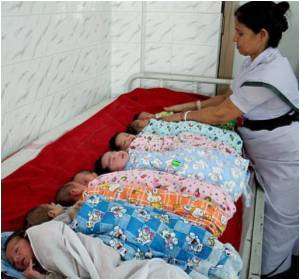 An online database that gives necessary information to make the process of adoption easy and accessible has been introduced by the Central Adoption Resource Agency [CARA].

Working together with the women and child development ministry, CARA hopes to make the process of putting children and prospective parents in touch with each other transparent and user-friendly.

A new study by researchers at the University of Alabama has shown that kids who have dinner at the table with the parents are less likely to get into trouble when they are older.
Advertisement

The process in India has not been very conducive to encouraging adoptions. The number of children who need this care has not been in tandem with the actual number of adoptions in the country. In fact, it is only in the past year, that there has been an increase in the trend.  Compared to 2,518 adoptions in 2009, there has been a dramatic rise with 6, 286 children getting adopted in 2010.


CARA also aims at improving guidelines not only on how to make the process uncomplicated and quick, but also on ensuring the child's security through verifying its source and placement. Although it recommends that 80 per cent of the children be adopted within the country, it also suggests that under the Juvenile Justice Act, children at a disadvantage such as orphans or with special needs should be allowed to be adopted internationally.

A teenager may have a very close knit friends circle, but when he or she is under depression or has attempted suicide, then it's the family support, and not peer support, that provides
Advertisement
<< Brush Twice a Day and Floss Once for Good Oral Health
Lot of Prostitutes to Improve >>