Adoption of Humane Education in Schools Discussed by PETA and Center 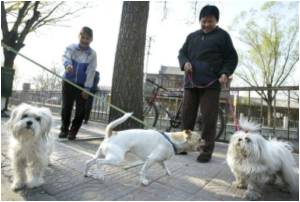 It is not just People for the Ethical Treatment of Animals (PETA) that feels the need for children to develop respect and compassion for animals.

V Umashankar, private secretary in the Ministry of Human Resource Development, expressed this sentiment during a meeting with PETA India Director of Veterinary Affairs Dr. Manilal Valliyate and PETA India Senior Education Coordinator Puja Mahajan to discuss introducing humane education into every school in the nation for children 8 to 12 years old.


Secretary Umashankar will forward PETA's Compassionate Citizen Humane education resource material to the Minister of Human Resource Development Kapil Sibal, and also ask the Central Board of Secondary Education Chairperson Vineet Joshi to meet with PETA.
Advertisement
"It is said that when you teach a child to be kind to a mouse, you do as much for the child as you do for the mouse", says PETA India's Puja Mahajan.

"Every child in the country should be taught the importance of tolerance and compassion because those qualities are essential to the effort to stem violence in society at large," Mahajan said.

Nair felt that the introduction of Compassionate Citizen Humane education resource material in schools will help in the overall character development of children as by learning to be sensitive towards the needs of animals, children will inculcate important virtues of caring, patience, respect and empathy towards all living beings and will become more responsible and considerate human beings.

Most children naturally feel concern and affection for animals, but often lose sight of their compassion.

A lack of respect for other species can translate into insensitivity and cruelty towards humans, too. It is well documented by psychologists, sociologists and law enforcement officials that violence against animals by children is often an early warning sign of future acts of violence towards humans.

The programme has already been used successfully on a voluntary basis in nearly 10,000 private and government schools, thereby reaching about two million children across India.

Compassionate Citizen has been praised by numerous celebrities, including Lara Dutta, Raveena Tandon Thadani, Anupam Kher and Jackie Shroff as well as by educators and environmentalist Dr RK Pachauri, director general of The Energy and Resources Institute.