Adenoma Detection Rates Higher in Both Men and Women 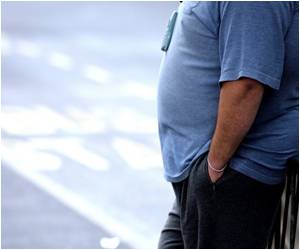 Colorectal cancer (CRC) is the third most common new cancer diagnosis and cause of cancer-related death for both men and women. Although the incidence of CRC is notably higher in men, both genders have a five percent lifetime risk of developing CRC. Adenomatous polyps (growths in the colon also called adenomas) are well-recognized as precursors of CRC, and their detection and removal during colonoscopy has proven to reduce the incidence of CRC. Recent advances in imaging capability and inspection technique have resulted in overall ADRs that are much higher than current multiple medical society guidelines recommend. Current guidelines suggest screening adenoma detection rates of 15 percent for average-risk women and 25 percent for average-risk men.

For the purposes of this study on gender trends in adenoma detection, researchers reviewed the EQUIP database and identified all average-risk patients undergoing CRC screening. Average-risk patients were defined as those without a personal history of adenomatous polyps or a family history of CRC. A total of 864 average-risk patients were included in the study. Then researchers determined the ADR for each gender and compared them with current medical society guidelines (25 percent ADR for men, 15 percent for women). The percentages of patients in each gender with adenomas that were large, flat, contained advanced pathology, or were proximally located were compared between men and women. ADR is defined as the percentage of screened patients with at least one adenoma detected.

The researchers noted some important study limitations. The study was completed in a purely academic center by experienced endoscopists with high adenoma detection rates and as part of a study on improving adenoma detection. It is possible that these factors may have increased their detection. They also do not have data on how many of the patients were having first-time screening, although arguably a prior negative examination may make adenoma detection less likely and therefore lower their detection results. They also acknowledge that the small sample size of average-risk screening patients limits interpretation of their results. Despite these limitations, the researchers believe these results add valuable data toward understanding gender trends in adenoma detection by using today's technology and colonoscopy technique. Further large studies in various practice settings are needed, however, before recommendations for guideline changes can be made.

High Calcium Intake may Cut Risk of Colorectal Adenoma
High intake of calcium or calcium supplementation could reduce the risk of colorectal adenomas in .....

B Vitamins May Not Help Reduce Colorectal Adenoma Risk
Folic acid, vitamin B6 and B12 supplements combo may not help to reduce the risk of colorectal ......

Statins Offer No Protection Against Colorectal Adenoma
Statins did not protect patients against colorectal adenomas, which are benign precursors of ......

Congenital Cystic Adenomatoid Malformation Of The Lung
Congenital disease of the lung in which multiple cysts (water bubbles) develop in the lung tissues, ...