Adenoid Removal in Kids Does Not Prevent Upper Respiratory Infections

Upper respiratory tract infections are extremely common in children and many of them are referred for ear, nose and throat (ENT) surgery. Indeed, having adenoids taken out (adenoidectomy) is one of the most frequently performed surgical procedures in children in western countries, says the study.


Schilder and colleagues studied a group of 111 children aged between one and six selected for adenoidectomy, half of them were assigned to have the operation, the other half initially not.

The research took place between April 2007 and October 2010 across 11 general hospitals and two academic centres in the Netherlands. The participants were followed up for 24 months after surgery.

The results show that the children in the adenoidectomy group had 7.91 episodes of upper respiratory tract infections per person compared with 7.84 episodes in the other group. Days of absence from school or day care, and health related quality of life, was similar in both groups.

The findings also reveal that the prevalence of upper respiratory tract infections decreased over time for both groups.

In conclusion the authors say "in children selected for adenoidectomy for recurrent upper respiratory tract infections, a strategy of immediate surgery confers no clinical benefits over a strategy of initial watchful waiting."

In an accompanying editorial, Professor Kari Kvaerner from Oslo University Hospital concurs that the best way for health professionals to treat children with recurrent upper respiratory tract infections appears to be "careful follow-up and a strategy of watchful waiting." 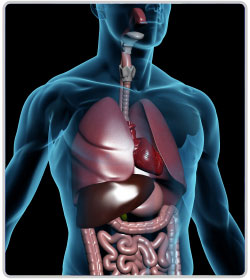