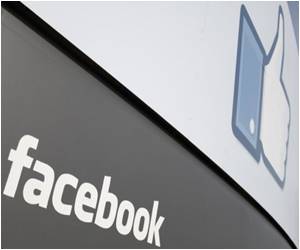 In a new move, users of Facebook can now add their enemies too.

A University of Texas scientist has created a new app, which lets you add Enemies to your Facebook profile - including real victims from your friends list, or from other users of the app.

With EnemyGraph you can also declare war on any product, person or company that has a presence on Facebook.


As soon as you have declared someone - or something - an Enemy, they appear on your profile on your Enemies list, visible to other users of the app.

Adolescent depression is an ailment that occurs during the teenage characterized by persistent melancholy, disappointment and loss of self-esteem.
Advertisement
Its creator, Dean Terry of the University of Texas at Dallas, described the app as 'social media blasphemy' - and predicted that Facebook would remove the app.

A petition signed by three million people called for an 'Unlike' button on Facebook, but so far the social network has yet to offer such a facility.

At time of writing, five users had opened hostilities with the 'Twilight' series of films, two had declared their opposition to tomatoes and one person had made an enemy of Nobel Prize-winning German author Thomas Mann.

"When I saw the first friends list at the beginning of the social media era, I thought where's the enemies list?" the Daily Mail quoted Terry as saying.

EnemyGraph is an attempt to further define relationships between users and other entities across Facebook's social graph.

"Most social networks attempt to connect people based on affinities: you like a certain band or film or sports team, I like them, therefore we should be friends. But people are also connected and motivated by things they dislike," stated Terry.

"We give them a couple of weeks at best before they shut us down.

"A few people have asked us about the potential for misuse. If you are not friends with someone, or not a user of the app, or generally not famous, you cannot be listed as an 'enemy'. We will also monitor the app closely for abuse," he added.

Depression is a common disorder and many worldwide suffer from depression. Early recognition of symptoms and signs of depression can help in taking a holistic approach to the management of depression.
Advertisement
<< Cannabis, the `Money Plant` to British Woman for Her Boob Jo...
Sex: What Women Talk >>

Test Your Knowledge on Lung Transplantation
View all
News Archive
News Resource
Advertisement
News Category
Shocking News: Polio Cases Return After a Decade in the US Death Caused by a Rare Type Amoeba: Research Study Japan Approves Smallpox Vaccine for Monkeypox Did Human Evolution Shrink Your Brain? What to Do When Your Asthma Medication Doesn't Work?
More News
Sign up for Wellness Consult a Doctor Sign up for Selfcare