Ad Agencies may be Banned from Using Extremely Thin Models 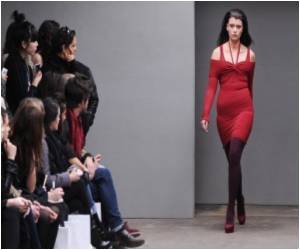 A new study which will be published in the journal Economica has backed government intervention in stopping model and advertising agencies from using extremely thin models as it increases the social pressure on women to starve themselves in order to gain the ideal body shape.

Researchers from the London School of Economics and Political Science conducted the first ever economic analysis of anorexia in Europe and surveyed more than 3,000 young women. The researchers found that social and cultural influences and peer pressure were the major reasons for women starving themselves to get that perfect body shape.

The researchers said that anorexia affected women between 15 to 34 years of age and is more common in countries such as France, where women are thinner than the European average. The researchers backed government intervention by stating that it would prevent model and advertizing agencies from suggesting that extreme thinness is attractive.


"The distorted self-perception of women with food disorders and the importance of the peer effects may prompt governments to take action to influence role models and compensate for social pressure on women driving the trade-off between ideal weight and health", the researchers wrote in their report.

Are you a Health Food Junkie? Are you obsessed with what you eat all the time? You may be a victim of a condition called Orthorexia Nervosa.
Advertisement
News A-Z
A B C D E F G H I J K L M N O P Q R S T U V W X Y Z
What's New on Medindia

A-Z Drug Brands in India How to Reduce School Bag Weight - Simple Tips Find a Hospital Accident and Trauma Care Nutam (400mg) (Piracetam) Find a Doctor Sinopril (2mg) (Lacidipine) Noscaphene (Noscapine) Sanatogen Drug Interaction Checker
This site uses cookies to deliver our services.By using our site, you acknowledge that you have read and understand our Cookie Policy, Privacy Policy, and our Terms of Use  Ok, Got it. Close
×