Acute Urinary Retention may Be Lethal for Men Above 45

A recent study has found that one in four men admitted to hospital with acute urinary retention (AUR) dies within a year.

The study involved 176,046 men over 45 who were admitted to hospital with Acute urinary retention (AUR).

AUR is the sudden inability to pass urine and is often a progression of benign prostatic hyperplasia (an increase in size of the prostate in middle-aged and elderly men which can interfere with the normal flow of urine). It is a medical emergency and is thought to be linked to the presence of other disorders such as high blood pressure and diabetes.


The researchers discovered the risk of death in men after acute urinary retention was close to that seen in patients who had a broken hip. The problem was set to worsen as the population ages, warn the researchers.

So in order to investigate the risk of death associated with AUR, the researchers analyzed data on all men aged over 45 years who were admitted to NHS hospitals in England with a first episode of AUR between 1998 and 2005.

The authors found that the risk of death increased with age and the presence of other disorders (comorbidity). Consequently, about half the men aged over 85 years with comorbid conditions died within the first year after AUR.

Overall mortality at one year in men admitted to hospital for AUR was two to three times higher than for the general male population. However, in men aged between 45 and 54 years with precipitated AUR, there was an almost 24-fold increase in mortality compared to the general population.

The researchers thus concluded that mortality of hospitalized men with AUR was high and increased strongly with age and the presence of other conditions. As a result, patients with AUR may benefit from urgent multi-disciplinary care to identify and treat comorbidity early.

The study supports the call for multidisciplinary care in these men and is published on bmj.com. 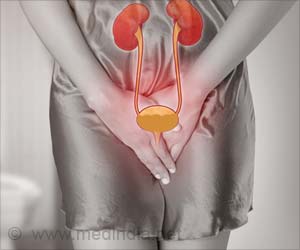 Urinary Retention
Urinary retention is a condition where a person is unable to voluntarily empty the urinary bladder completely. It could be acute or chronic.
READ MORE