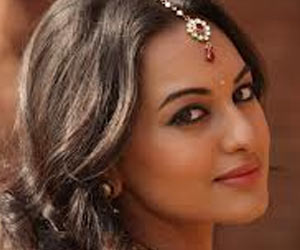 Bollywood actress Sonakshi Sinha urges her fans to adopt cats and dogs, who features with her canine friend Bambi in a new video for PETA India.

Sonakshi and People for Ethical Treatment of Animals (PETA) India want all prospective animal guardians to adopt their animals from a shelter or take in a cat or dog from the streets. The video, directed by Tarun Mansukhani, goes on to say how important it is always to have cats and dogs spayed or neutered.

"Breeders, pet stores and people who don't sterilise their animals are responsible for all the animals who end up homeless. Every time someone buys a dog or cat from a breeder or pet store, a homeless animal roaming the streets or waiting in an animal shelter loses a chance at a home and a good life," said Sonakshi, who has done films like "Dabangg" and "Rowdy Rathore".


Since her college days, Sonakshi, 25, has been involved in rescuing animals - including her beloved dog Nancy, whom she lived with for 14 years.

Pets also Find It Tough to Adapt to a Restrained Lifestyle After Tasting Freedom
Toys get destroyed, tears flow and tantrums abound: it's not just children that find it tough at ......

Pets may Instill Socio-emotional Development in Autistic Kids
A recent French insight has revealed the advantages of having a pet at home, especially in families ...

Lovers Willing to Dump Their Partners for Their Pets
A recent insight into the depth of relationships people share with their pets revealed the extent .....