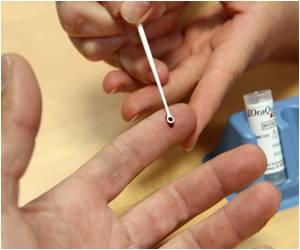 Measures to fight the hidden epidemic of hepatitis have been announced by the World Health Organization.

The virus, which settles in the liver causing inflammation, affects 500 million people worldwide but can go unnoticed for years and even decades, the UN health agency told reporters in Geneva.

"The vast majority of people infected with hepatitis are unaware, undiagnosed and untreated," says Dr Sylvie Briand of WHO's Pandemic and Epidemic Disease Department.


"Only by increasing awareness of the different forms of hepatitis, and how they can be prevented and treated, can we take the first step towards full control of the disease and save thousands of lives," she added.

How many of us know that the liver is a vital organ the size of an American Football? To understand more about the liver and its functions spend a few minutes taking part in this quiz.
Advertisement
One in 12 people are infected by the virus which exists in five forms: A, B, C, D and E.

The WHO is particulary keen to target types B and C since "a high proportion" of people only become aware of their infection when they are chronically ill.

"This can sometimes be decades after infection," said Briand.

Launched ahead of World Hepatitis Day on July 28, the WHO's multi-pronged action plan to eradicate the virus calls on governments to raise awareness, transform research into policy and action, and prevent transmission by effective screening, care and treatment.

"It's a framework for global action so we all collaborate to fight the hidden epidemic", said Briand.

Individuals can protect themselves by washing their hands, food safety practices, practising safe sex and avoiding injecting drugs with infected needles, "one of the most common ways of getting infected in some countries", said Briand.

The virus was only discovered in 1989 but vaccines are available for all virus types except C.

A new generation of anti-viral treatments is also on offer for hepatitis C, said Briand, adding that other treatments to stop the B type developing into cirrhosis and cancer are also coming online.

Hepatitis C Treatment Could Benefit from Vitamin B12 Supplements

Study finds an addition of vitamin B12 to standard hepatitis C virus (HCV) treatment significantly boosts the body's ability to keep the virus at bay.
Advertisement
<< On a Mission to Find How Cigarette Smoking Weakens Bones
Simple Injection may Help Cure Blindness >>

Tests for Hepatitis
News Archive
News Resource
Advertisement
News Category
Which is a Better Form of Exercise: Daily or Weekly? First Phase of Foot-and-Mouth Disease Vaccination Shocking News: Polio Cases Return After a Decade in the US Death Caused by a Rare Type Amoeba: Research Study Japan Approves Smallpox Vaccine for Monkeypox
More News
Sign up for Wellness Consult a Doctor Sign up for Selfcare

Blood - Sugar Chart How to Reduce School Bag Weight - Simple Tips Noscaphene (Noscapine) Daily Calorie Requirements The Essence of Yoga Post-Nasal Drip Turmeric Powder - Health Benefits, Uses & Side Effects Nutam (400mg) (Piracetam) Accident and Trauma Care Indian Medical Journals
This site uses cookies to deliver our services. By using our site, you acknowledge that you have read and understand our Cookie Policy, Privacy Policy, and our Terms of Use