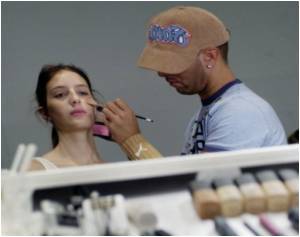 It is well-known that Daniel Day-Lewis spent months in a wheelchair to prepare for his role in 'My Left Foot'.

Similarly, many actors go to extreme lengths to get into their characters. But for actors, who think that all this is too much of hard work, they can use brain training to prepare instead.

As part of their research, John Gruzelier and colleagues at Goldsmiths, University of London, used neurofeedback training to improve actors' performance.


In training, each actor watched a simulation of a theatre auditorium, as if on stage, while wearing electrodes on their scalp. The lights and sounds of the simulation were programmed to change in response to the wearer's brain activity.

Brain tumors are the abnormal growth of brain cells that may be benign or metastatic. Brain tumors account for about 2.4% of all the tumor diagnosesandare most challenging due to their critically delicate location.
Advertisement
Each actor was told to control their brainwaves to take the lights and crowd noise to a given level. The brain activity needed to achieve this was somewhere between slow-wave activity, associated with sleep, and fast-wave activity, associated with alert wakefulness.

It's what actors refer to as "listening"; what you need to achieve a Judy Dench-class performance, he adds.

The actors gave various stage performances before and after a series of 10 half-hour training sessions over seven weeks. Footage of their performances was judged by acting professors along several criteria, including vocal expression and fluency. In addition, the actors judged their own performances.

Gruzelier's team found that both the actors and professors' scores were higher after the seven weeks of training compared with a group that received no training over the same period.