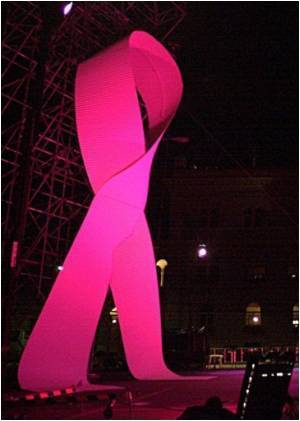 A popular herbal remedy containing a toxic ingredient is linked to over half of all cases of urinary tract cancer in Taiwan where use of traditional medicine is extensive, said a US study on Monday.

The ancient herb has been touted around the world for thousands of years for everything from gout to childbirth, but scientists now know it carries serious risks of causing kidney disease and urinary cancers.


The latest research found it can interact with a person's DNA and form unique biomarkers of exposure, as well as creating signals within tumor suppressing genes that indicate the carcinogen has been ingested.

Creating a little kitchen garden at home is an immensely fulfilling way to incorporate healing herbs bundled with protective nutrients in the daily diets.
Advertisement
In Taiwan, where previous research has shown about one-third of the population has taken AA in recent years, rates of urinary tract and kidney cancer are about four times higher than in Western countries where use is less common, said the findings in the Proceedings of the National Academy of Sciences.

"It is a rare tumor and Taiwan has the highest incidence of any country in the world," said lead author Arthur Grollman of the department of pharmacological sciences at Stony Brook University in New York.

"The fact that Taiwan had the highest incidence both of cancer and this renal disease -- that was our clue that something was going on there," Grollman told AFP.

The research was based on 151 patients with urinary tract cancer, of whom 60 percent showed specific mutations linked to the herbal remedy.

In particular, after being ingested the acid forms a unique kind of lesion in the renal cortex, and also gives rise to a particular mutational signature in the TP53 tumor suppressing gene, said the study.

The herb is known in Europe by the name birthwort because it was often given to women during childbirth. Derived from the Greek, "aristolochia" means noble birth.

"This has been used by every culture in the world from the earliest written record," said Grollman.

Signs of harm have emerged in recent decades, and the acid is blamed for causing a kidney disease called Balkan endemic nephropathy, first described in 1956, that afflicted rural farmers in Bosnia and Herzegovina, Bulgaria, Croatia, Romania and Serbia.

The villagers were found to be baking seeds from a weed called Aristolochia clematitis in their bread.

In the 1990s, a group of Belgian women reported sudden late stage kidney failure after taking a weight loss drug that contained AA.

And even though many countries have taken steps to warn of the risks, the ingredient is difficult to control and still finds its way into products via the Internet, said Grollman, adding that most of the AA products currently being used in Taiwan are made in China.

"Many countries ban it but it is always available on the Internet. And in fact you can't ban it in the United States. You can only ban its importation."

The US Food and Drug Administration warned of the risks of aristolochic acid in 2001 after two patients developed serious kidney disease after using botanical products containing it.

"Natural is not necessarily safe, nor is long-term usage," said Grollman.

Although acai berry is a nutritious food, it is the hype that is wrongly making it a magic fruit.

Saint John''s Wort is a medicinal herb. It has been used for centuries to treat depression.