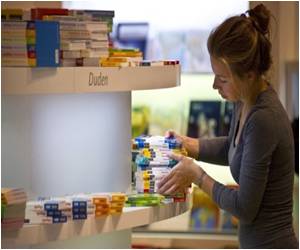 Crime writer Ruth Rendell has passed away, she was 85. According to her publisher Penguin Random House, the author, who had suffered a stroke in January, died in London, and they were devastated by the loss of one of our best-loved authors.

Born in Essex, Rendell had penned over 60 novels in a career that spanned 50 years, and holds the credit for taking social and psychological crime fiction to the next level.

Innocent People can be 'Convinced' They Committed Crime

People can be easily convinced that they committed a crime that never happened, reveals a new study.
Advertisement

Her best-known creation was Chief Inspector Reginald Wexford, whose first book in the series 'Doon with Death,' was published in 1964, followed by over 20 more, and it was even made into a highly successful TV series starring George Baker.


Penguin Random House chair, Baroness Gail Rebuck, said Rendell, who also under the pen-name Barbara Vine, was admired for her "brilliant body of work and most of her acclaimed work highlighted the causes she cared so deeply about."

With no end in sight to politically motivated violence and other abuses in Bangladesh, state authorities need to ensure their response respects the rights of all and avoids arbitrary use of force, arrests and disappearances, said Human Rights Watch.
Advertisement
A lot of her novels have also been translated into more than 20 languages and adapted for screen, and she was awarded the Crime Writers' Association Cartier Diamond Dagger for excellence in crime writing.

Rendell had married a journalist named Don Rendell in 1953, from whom she divorced 22 years later but remarried within two years. She is survived by their son.

Her final novel, Dark Corners, is due to be published in October.

Drinking Alcohol While Pregnant is Not a Crime: UK Court

Heavy drinking during pregnancy should not be considered a crime of violence against a child, a British court ruled out on Thursday in a case that had raised concerns about criminalizing mothers.
Advertisement
Advertisement
This site uses cookies to deliver our services.By using our site, you acknowledge that you have read and understand our Cookie Policy, Privacy Policy, and our Terms of Use  Ok, Got it. Close
×