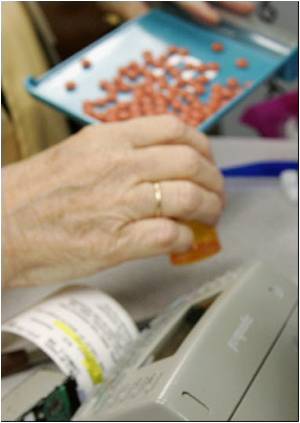 A new trade agreement between India and Europe would block access to life saving drugs for billions of people living in developing countries, an expert has warned.

The EU wants India to adopt tough new patent protection rules for drugs so that no new generic drug could be sold in India without the permission of the company that owned the brand name version of the drug, said James Love at Knowledge Ecology International.

Not only would this have an enormous impact on the entire developing world, it would also dramatically shrink the global market for inexpensive generic drugs, warned Love.


It will also make a mockery of promises made by EU trade officials that governments would implement intellectual property rules in such a way to "protect public health and, in particular, to promote access to medicines for all."

Encyclopedia section of medindia explains in brief about the treatment for AIDS/HIV
Advertisement
In 1970, India eliminated patents on drug products, which enabled it to develop a strong generic drug industry. In 2005, India modified its patent law, to conform to the World Trade Organization (WTO) rules on the protection of intellectual property. But in doing so, India provide certain safeguards to make it easier to continue to manufacture generic medicines.

Now Europe wants India to adopt strict intellectual property protection rules that go beyond its obligations at the WTO, and which will effectively remove India as a legal market for early production of generic drugs. It will also restrict other developing countries access to much-needed supplies of affordable drugs.

Furthermore, the EU is currently negotiating this agreement with India in secret, despite its potential impact on billions of people living in developing countries, said author.

"Political and civic leaders from Europe and around the world must appeal to the EU to avoid outcomes that make it even more difficult to manufacture and market inexpensive drugs in developing countries," argued Love.

"This can begin by eliminating demands that India adopt exclusive rights on drug test data, or lower its standards for granting patents on medical inventions," added Love.

The report has been published on bmj.com.

Several drugs are either banned or withdrawn after introduction in the market.
Advertisement
<< Study Says Elderly Victims of Abuse More Likely to Use Alco...
Cruise Ship Norovirus Outbreak Provides Clues to Spread of ... >>