Access to Grocery Stores may Have an Impact on Eating Habits 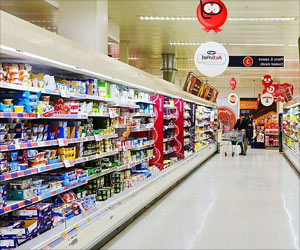 People who live closer to grocery stores may make healthier food choices, say researchers of a new study, including an Indian-origin scientist.

A study of Instagram's posts revealed that food posted -- and eaten-- by people in "food deserts" are five to 17 percent higher in fat, cholesterol and sugars compared to those shared in "non-food deserts" areas.

Eating Habits in the UK Have Changed Over The Years: National Food Survey

Food habits of Britons have changed in the recent years from whole to skimmed milk and shifts to low calorie soft drinks and white to brown or wholemeal bread.
Advertisement
‘People who are living in communities with limited access to grocery stores - known as food deserts - were more likely to eat foods high in fats and sugars.’

The researchers used a term "food deserts" to describe communities with limited access to grocery stores.

Forming memories of a meal is important to a healthy diet. Disrupting the memory of a meal by watching television, increases the amount of food consumed during the next meal.
Advertisement
"Instagram literally gives us a picture of what people are actually eating in these communities, allowing us to study them in a new way," Choudhury observed.

"Fruits and vegetables are the biggest difference," Choudhury said.

The team from the Georgia Institute of Technology has identified three million geo-tagged Instagram posts of food to determine what people are eating.

"Forty-eight percent of posts from people in non-food deserts mention them. It's only 33 percent in food deserts," Choudhury noted.

The research team used the USDA's database of nutritional values for nearly 9,000 foods to create a nutritional profile for both groups.

The amount of calories didn't differ significantly, but the levels of fats, cholesterol and sugars were much higher in food deserts, especially in the West and Southwest, the study found.

Pictures of meals that are most likely to be posted by both groups tend to be the staples of each region. Steak and coffee in the West; lox and cheesecake in the East; and okra and biscuits in the South.

"It doesn't matter where you live," Choudhury said. "Everyone seems to eat what their region is known for."

Kids With Difficult Eating Habits may Have Psychological Problems