Absence of Stem Cells The Reason Behind Recurrent Miscarriages 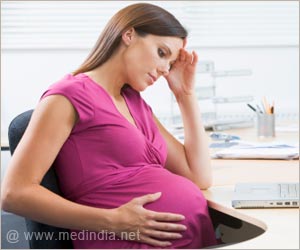 A breakthrough finding that a lack of stem cells in the womb lining causes thousands of women to suffer from recurrent miscarriages could help in the development of new treatment for those who have suffered failed pregnancies.

"We have discovered that the lining of the womb in the recurrent miscarriage patients we studied is already defective before pregnancy," said lead researcher Jan Brosens, professor at University of Warwick in England.

Progesterone Supplements May Not Benefit Women With Recurrent Miscarriages

Women who had several miscarriages are generally prescribed with progesterone supplements to prevent another miscarriage.
Advertisement
‘A stem cell shortage accelerates cellular aging in the womb, increasing risk of recurrent miscarriages. ’

"I can envisage that we will be able to correct these defects before the patient tries to achieve another pregnancy. In fact, this may be the only way to really prevent miscarriages in these cases," Brosens noted.


The findings were published in the journal Stem Cells.

Between 15-25 percent of pregnancies end in miscarriage and one in 100 women trying to conceive suffer recurrent miscarriages, defined as the loss of three or more consecutive pregnancies, the study pointed out.

Certain phthalates - substances commonly used in everyday products - could be associated with miscarriage, mostly between five and 13 weeks of pregnancy.
Advertisement
The researchers examined tissue samples from the womb lining, donated by 183 women.

The team found that an epigenetic signature -- which is typical of stem cells -- was absent in cultures established from womb biopsies taken from women suffering recurrent miscarriages.

Indeed, fewer stem cells could be isolated from the lining of the womb from recurrent miscarriage patients when compared to women in the study's control group.

The researchers further found that a stem cell shortage accelerates cellular aging in the womb.

"Cultured cells from women who had had three or more consecutive miscarriages showed that aging cells in the lining of the womb don't have the ability to prepare adequately for pregnancy," Brosens explained.

The research will help doctors to know there is another element to factor in when assisting a woman before labor and can be incorporated in the usual risk assessments.
Advertisement
<< Dowry Demands Top Severe Form of Gender Disparity in India
Linoleic Acids Rich Oil Can Prevent Heart Disease and Diabet... >>

Feelings of guilt and shame are common after a miscarriage and Americans believes that miscarriages are rare. In the US, nearly 1 million miscarriages occur annually.