Abortion May Not Lead To Depression Or Low Self-Esteem 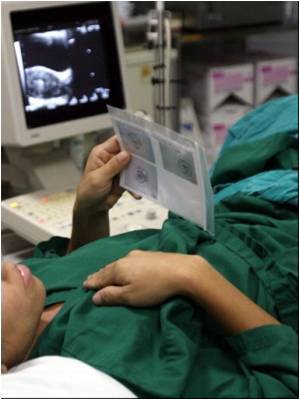 Abortion does not necessarily lead to depression or low self-esteem, a study of teenagers seems to reveal.  In any case they are not more depressed or haunted by low self-esteem than their peers whose pregnancies do not end in abortion.

The study conducted by researchers from Oregon State University and University of California, San Francisco, is the first to use both depression and low self-esteem as outcomes with a nationally representative sample of adolescents.


The researchers found that young women in the study who had an abortion were no more likely to become depressed or have low self-esteem within the first year of pregnancy - or five years later - than their peers who were pregnant, but did not have an abortion.


The researchers used data from 289 respondents to the National Longitudinal Study of Adolescent Health (Add Health). Data were taken from three survey waves, starting in 1994-1995, surveyed again one year later, and then five years after that. The study is available online and will appear in the December issue of Perspectives on Sexual and Reproductive Health.

Lead author Jocelyn Warren, a post-doctoral research associate at OSU, said the study was intended to fill a major gap in abortion research.

She said previous research has shown that adolescent girls who get pregnant report more depression and lower self-esteem compared to those who don't. "What we didn't know was whether psychological outcomes are worse for girls who choose abortion. This study says, 'No.'"

Warren noted that a 2008 report by the American Psychological Association found no evidence that an induced abortion causes mental health problems in adult women. Because of a scarcity of evidence, no conclusions were drawn at that time about adolescents. Warren said the results of their study with teen girls were consistent with the results of studies with adult women reviewed in the APA report.

"Abortion is a very controversial issue and a hot political one, obviously," said Marie Harvey, a professor of public health at OSU and a leading national researcher in the area of women's health. Harvey was Warren's doctoral adviser and is co-author of the paper.

"In the interest of women's health, it's critical that we conduct the most rigorous studies possible and use evidence-based information to inform public policy," Harvey said. "This is our goal in public health research but it may be even more important in areas such as abortion that are highly politicized."

According to the Guttmacher Institute, a nonprofit organization that monitors state abortion policies, 34 states require parental involvement in adolescents' abortion decisions. In addition, laws in seven states mandate that women be advised only of negative psychological consequences of abortion, including "post-abortion traumatic stress syndrome," a disorder that is not recognized by the American Psychological Association or the American Psychiatric Association.

Warren said it's important to note that individual women may have very different emotional responses to abortion. "But, on average, abortion does not appear to have major psychological consequences - for adult women or for teens."

"We have policies being made that are not evidence-based, and that have adverse consequences for women's health," Harvey said. "I cannot think of any other type of health practice where a doctor is forced by law to tell a patient about negative consequences that have not been proven or validated."

Harvey said their study had several strengths. For one thing, the data were from a national sample and are representative of adolescents who were in grades 7 through 12. Also, the study used standard measures of depression and self-esteem. Finally, the longitudinal data examined psychological symptoms before, during, and years after pregnancy, Harvey said.

Woman "Demystifies" Abortion Live on Twitter, YouTube
A woman took to her Twitter page to tell all about the abortion she was going through - step by step.
READ MORE

President Obama Concerned Over Abortion Restrictions In Healthcare Reform Bill
President Obama has begun to voice his concerns over abortion restrictions introduced in the final stages of the helathcare bill and wants the Congress to effect necessary revisions.
READ MORE