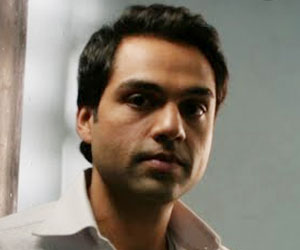 An environment campaign, which is essentially based on the theme 'My City, My Park,' has been launched by Abhay Deol.

Short films made by students formed a part of the drive.

"I have seen short films made by students, photography exhibitions, and theatre performances by students. All shared the same theme i.e. My City, My Park," the actor said.


"These kids raised important issues and came up with points supporting sustainable living. For example, they made a film on Lord Ganpati where biodegradable idol of Lord Ganesha is immersed in a fish tank.
Advertisement
"They have also shown an old man, who is fond of a park because it reminds him of his wife. So there was also an emotional connect," he said.

The 'Dev D' star has also collaborated with Green peace campaign, for which he went to Singrauli district in Madhya Pradesh, where he met and talked to villagers about pollution control.

Deol, 35, also talked about what he does to save the environment.

"On Diwali, I only light a lamp and don't play with firecrackers not because I am not interested but because I know noise and pollution are affecting our city.

"On Ganpati day, I draw Ganpati on a blackboard and wipe it with a wet cloth on the day of immersion.

"So I did what I wanted to do for festival at the same time did not harm my city. There are these little things I think we all could do to make a difference," he added.