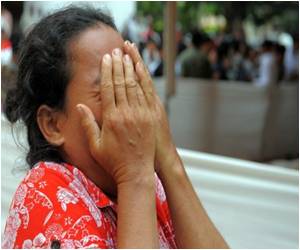 Abbott announced promising preliminary results, suggesting that its high sensitive troponin test may help doctors improve the diagnosis and prognosis of patients presenting with symptoms of a heart attack.

The study was presented at the ESC Congress 2013. The test could be particularly beneficial for women, who may have different presenting symptoms and are often under-diagnosed.

The study, which is being conducted by researchers at the University of Edinburgh, is evaluating Abbott's ARCHITECT STAT High Sensitive Troponin-I (hsTnI) test, which received CE Mark in January 2013.


Cardiac troponin, a protein found in the heart muscle, is considered the preferred biomarker to identify suspected heart attacks, because it can detect injury to the heart. Abbott's hsTnI test can measure very low levels of this protein, which is especially important for women, who often have lower levels of troponin than men.
Advertisement
Researchers shared data from the first 1,126 patients of the study presenting with symptoms of a heart attack. Early findings demonstrate that women have lower peak levels of troponin than men, contributing to the under-diagnosis and therefore under-treatment of heart attacks for women.

"Whilst men and women are just as likely to present to the emergency department with chest pain, currently men are twice as likely to be diagnosed with a heart attack. By using the Abbott high sensitive troponin test and different diagnostic thresholds for men and women, the frequency of diagnosis of heart attacks in women increased and was comparable to men," said Dr. Nicholas Mills, one of the key study authors and cardiologist, University of Edinburgh. "The findings of our study, when completed, could change the way we diagnose heart attacks in women, potentially reducing inequalities in the treatment and outcomes, and enabling everyone to receive the best care."

When completed in 2016, this study will include more than 25,000 patients across 10 centers in Scotland, making it one of the largest studies to evaluate the impact of high sensitive troponin tests on patient care. The study was funded by a special project grant from the British Heart Foundation with Abbott providing the ARCHITECT STAT hsTnI assay.

"While Abbott's high sensitive troponin test benefits both men and women with earlier detection of heart attacks, the potential to increase the diagnosis among women is especially important," said John Frels, PhD, divisional vice president, Diagnostics Research, Abbott. "This is the first time we have seen a test that can provide this kind of detailed information to doctors and has the potential to aid doctors with improving the odds of survival for women with heart attacks."

The ARCHITECT STAT hsTnI assay is commercially available in several countries in Europe, as well as Canada, Australia, New Zealand, and Brazil and runs on Abbott's fully automated ARCHITECT family of analyzers. The test is currently for research-use only in the United States.

Pill to Prevent Strokes and Heart Attacks, Coming Soon
An important platelet protein that may offer a new angle for developing drugs to prevent strokes ......