A Well-Endowed Bust - Not Popular With Everyone 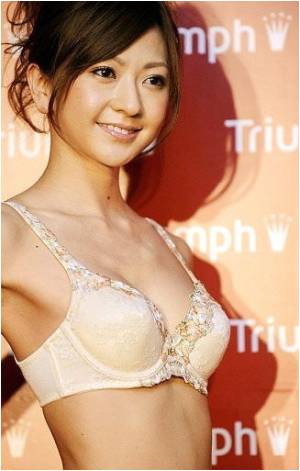 Most women today seem happy with a small bust line which once would have caused discomfiture, as a well-endowed bust was considered a mark of physical attraction.

Ellen Shing, the owner of Lula Lu, a California-based website that caters to AAA- to A-cup sizes, said that while some women do look for padded bras, the majority "don't want to super-size themselves".

"It's a misconception that you want to be bigger if you're smaller," The New York Daily News quoted Shing as saying.


An increasing number of websites and retailers are saying, "The way you are is perfect, and here's how I can help you" and not "Here's how you stuff your bra", said Elisabeth Dale (formerly Squires), author of Boobs: A Guide to Your Girls.

Want firm and shapely breasts? Consider the option of traveling abroad to have it done at affordable prices.
Advertisement
In fact, women with modest busts are proudly flaunting what little they've got with a deep V-neck cut or a halter-top.

Twitter, Facebook and online blogs are witnessing a surge in online users "gushing about the lingerie and clothes that scream, 'Can you handle me?' not 'Am I enough?' "

Facebook groups like Flat Chested and Proud of It! and Flat Chested Girls United exist, and their members trade bon mots as profound as "im flat as a tack :)", which garner male support like "You are blessed."

Of course, it doesn't mean that no one is ranting about modest bust lines anymore. Bust magazine, with its feminist streak, has an online support group for those laid low by their tiny breasts.

With its motto "Small is Beautiful," Lula Lu is just one of several retailers and bra makers serving the band of women who make no excuses for their inconspicuous bosoms. Other online brands, like Itty Bitty Bra, require women to have a sense of humour about being "bust-challenged", as the website jokes.

"I'm okay with not having cleavage," said Heidi Brockmyre, a petite size 28A, an acupuncturist, but the new breed of bras for smaller busts just make it "more fun to wear tank tops".

Losing sleep over the size of your breasts? Then wake up to breast enlargement! Consult us our specialists to realize your dream at affordable prices.
Advertisement
<< Former Hunter On a 'Save the Wildlife' Campaign
Reports Indicate There are 400,000 Pregnant Women Among Flo... >>