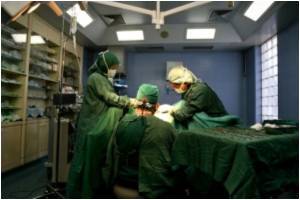 The British Medical Journal depicts an interesting case where a 76 year old woman referred to a GI specialist for diarrhea and weight loss was found to have a pen in her stomach, as revealed by stomach scans.

The grand old Lady recalled a freak accident 25 years ago which had caused her to accidentally gulp a pen down her throat.

Leucopenia / Leukopenia is a decrease in the number of total white blood cells found in blood. The normal total white cell count is 5000-10000 per cubic millimeter.
Advertisement

Her present condition, which is common in old people, diagnosed as severe diverticulitis, was not due to the presence of this foreign object, the doctors said.


The pen was surgically removed to reveal a wonder of wonders - it still had ink and worked. Another incredible fact was that the pen had not caused any damage to her GI tract for the past 25 years.

Though the lady and her husband had reported this matter to a specialist 25 years ago, X-rays done at that time did not show the presence of any foreign object and further, the doctors found her story rather unbelievable to investigate further.

Appendicitis is inflammation of the appendix with intense, migrating abdominal pain caused by obstruction due to tumors, feces, or infection.
Advertisement
<< Can You Get Aggressive If You Go Overboard on Alcohol?
Effort to Improve Safety of Orthopedic Devices >>

Urology Paediatric Emergencies
News Archive
News Resource
Advertisement
News Category
Milestone In Voluntary Blood Donation Achieved Samsung Reinvents Toilet for the Poor Which is a Better Form of Exercise: Daily or Weekly? First Phase of Foot-and-Mouth Disease Vaccination Shocking News: Polio Cases Return After a Decade in the US
More News
Sign up for Wellness Consult a Doctor Sign up for Selfcare