A Pair of Jeans can Protect You from Virtual Identity Theft 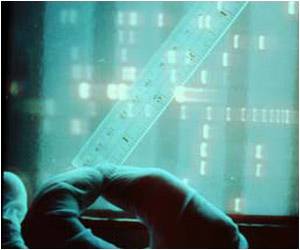 A new wearable tech firm has joined forces with antivirus company Norton to develop a new pair of jeans that will prevent virtual identity theft.

The 'Ready Jeans Protected by Norton' feature two pockets-one in the front and back-protected by RFID-blocking fabrics, which should protect the user's credit cards, passports, and other RFID (Radio frequency identification)-enabled items from bad guys looking to get friendly with an RFID reader, PC World reported.

Clothing maker Betabrand is currently running a crowd funding campaign for RFID-defeating clothing in partnership with PC security firm Norton and the clothing line includes a 198 dollar blazer and a pair of 168 dollar jeans.


RFID chips use radio waves to transmit data such as credit card details through the air to data-reading terminals and Norton said that more than 10 million people get their data pick-pocketed via RFID every year.

Advertisement
<< Instant Noodles Banned as the Fear of Food Scandal Widens i...
Asteroid That Made Dinosaurs Extinct may Have Nearly Knocked... >>

Saving Lives After Earthquakes Possible With New Radio Tags
A new study claims that radio frequency identification, RFID, could be used in the immediate ......

Survey Finds Teens Favor Facetime Over Facebook
Half of US teenagers favor facetime over facebook, finds US survey....

Person's Identity can be Used to Predict Location
There are many different types of people throughout the world, and their identity can tell a lot ......