A Novel Way to Treat Cancer 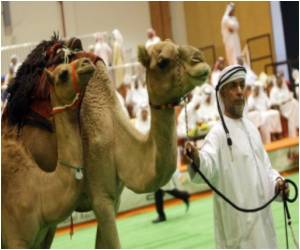 A medical formula for treating cancer has been developed by Arab researchers, using a mixture of camel's milk and urine.

The Arab Cancer Control Association reports that cancer is the second cause of death in that part of the world. It has been estimated by the Union for International Cancer Control that 16 million people will be infected with the killer disease by 2010, with 50 per cent of the cases in the developing world.

Abdalla A Alnajjar, president of Arab Science and Technology Foundation, said the team of researchers had started their project in 2008 at Sharjah University and had completed their study at the cancer institute in Baghdad. Now having reached results at an international level, the new medicine has been registered with the UK Patents Office.


According to the researchers the formula carries cells that attack the toxic substances in the cancerous cells, with no danger of harmful side effects.

Warning Sign of Blood Cancer may be Found in Silenced Genes

One of the first changes in many types of cancer is that parts of the genetic material of tumor cells are switched off by chemical labels called methyl groups.
Advertisement
Abdalla Alnajjar states that the formula is used to treat leukemia, and can be developed to target cancers affecting the lungs, the liver and the breasts. "The medicine, a combination of camel's milk and urine, has been tested on mice and will later be tested on human beings," he says.

Accident and Trauma Care Indian Medical Journals A-Z Drug Brands in India Sanatogen Find a Hospital Selfie Addiction Calculator How to Reduce School Bag Weight - Simple Tips Blood Donation - Recipients Nutam (400mg) (Piracetam) Find a Doctor
This site uses cookies to deliver our services.By using our site, you acknowledge that you have read and understand our Cookie Policy, Privacy Policy, and our Terms of Use  Ok, Got it. Close
×