A New Look at Racial Disparities in Head and Neck Cancer 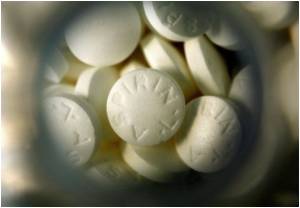 A new Henry Ford Hospital study says that head and neck cancer outcomes associated with race may be more closely linked to social and behavioral factors than biological differences, especially for African Americans.

Researchers found that while those who self-reported to be African American are at greater risk for late stage cancer, there was no correlation between patients' genetic ancestry and cancer stage or survival.

In fact, the study shows only 5 percent of patients who self-reported to be African American had more than 95 percent West African ancestry.


"We believe this is the first piece of evidence using genetic race to take a closer look at outcomes with respect to stage - early or late - and survival in patients with head and neck cancer," says study lead author Maria J. Worsham, Ph.D., director of research in the Department of Otolaryngology at Henry Ford Hospital.

AIDS defining malignancies are cancers that occur in patients with AIDS due to their low immunity.
Advertisement
"We know that African Americans are disproportionately diagnosed with late-stage cancer and have worse outcomes than Caucasians. While there has been no real consensus on the causes for this difference, it is possible access to care, stage at diagnosis and insurance status may be factoring into the equation."

Study results will be presented Sept. 26 at the American Academy of Otolaryngology-Head & Neck Surgery Foundation Annual Meeting in Boston.

In 2009, there were an estimated 35,720 new cases of head and neck squamous cell carcinoma (HNSCC) and approximately 7,600 deaths. Smoking and alcohol use are the primary risk factors for this type of cancer.

African Americans are more likely to be diagnosed with late-stage HNSCC and have worse survival than Caucasians. It's unknown whether significant biological rather than socioeconomic differences account for some of the disparities in outcomes.

Since self-reported race doesn't always offer a complete picture of a person's biologic make-up, Dr. Worsham and her colleagues set out to compare patients' self-reported race with their genetic ancestry to determine if there is any connection to head and neck cancer outcomes.

The researchers examined diagnosis (late versus early stage) and overall survival for African Americans with HNSCC based on self-reported race and genetic West African ancestry.

During the past decade, many groups have developed and characterized sets of single nucleotide polymorphism markers that can distinguish genetic ancestry among major ethnic groups such as Asian and West African, called ancestry information makers (AIMs).

For the study, genetic ancestry was based on a panel of 100 AIMs to estimate genetic background.

Ultimately, the study found no correlation between West African genetic ancestry and HNSCC outcomes. Only self-reported race was associated with head and neck cancer stage.

"The goal of using genetic ancestry is not to point out differences, but relatedness," says Dr. Worsham. "Health disparities within certain racial groups are very real, and what we're trying to achieve in terms of learning more about head and neck cancer is a leveling of the playing field to better diagnose and treat patients."
Source: Eurekalert