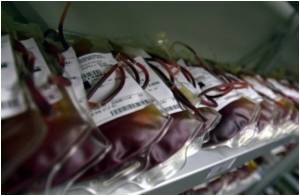 UC San Francisco researchers have identified a new link between meal times and daily changes in the immune system. This has led them to question assumptions about the roles of specific immune cells in infection and allergy.

A white blood cell of the immune system that is thought to fight parasitic worms might actually help the invaders, according to Richard Locksley, MD, professor of medicine at UCSF and the senior author of the new study, published online today (September 15, 2013) in Nature.

Locksley's lab team found in mice that a type of rare immune cell serves as a link between nerve-signaling during meals and the regular expansion of a specific white blood cell population, called eosinophils, that ebbs and flows in the gut.


The natural function of eosinophils in the gut and elsewhere in the body is an open question, Locksley said, despite the longstanding belief in medicine that the cells play an important role in fighting parasitic diseases.
Advertisement
"Maybe we don't really know what eosinophils are doing in infection and in allergic reactions, because we don't even know yet what they do normally," Locksley said.

In their study Locksley and colleagues found that the rare immune cell, called ILC2, receives a hormonal signal from specialized nerve cells that help synchronize the body's daily biorhythms like a biological clock. In turn, ILC2 cells secrete molecular signals to stimulate the meal-associated production of eosinophils in the bone marrow and their recruitment to the gut. Locksley and others first reported the discovery of ILC2 cells three years ago. In mice they can be detected in the brain, heart, lung, kidney, skin, intestine and uterus.

Locksley speculates that that ILC2-stimulated eosinophils might naturally function in metabolism somehow, rather than serving to fight infection. The body's largest population of eosinophils is found in the gut. In earlier studies in mice grown in sterile conditions  with no microbes or pathogens whatsoever  eosinophil populations were normal in the gut, consistent with their having a role in a basic biologic process apart from infection, Locksley said.

The hormonal signal sent by nerve cells and received by ILC2 cells, called VIP, for vasoactive intestinal peptide, already has been found to control aspects of nutrition, Locksley said. In the pancreas, VIP helps trigger secretion of insulin and of enzymes that help to break down food. It also influences relaxation of bowel muscles to help efficiently move bacteria and food through the intestines. Finally, it influences how the liver handles glucose from digested food.

Locksley said his own research and studies by others have led him to question the role of eosinophils in parasitic disease. Eosinophils have been thought to play an important role in holding worms in check during chronic infection. However, recent studies have demonstrated that mice without eosinophils are not especially susceptible to parasitic worm infection, and in one study, absence of eosinophils even prevented worms from surviving, Locksley said.

"Evolution works in funny ways," he said. "Parasitic worms might have evolved a trick signal to recruit eosinophils, because the cells might create a metabolically favorable tissue site that allows the worms to survive and reproduce."

"Certain parasites may tap into signals within these pathways to establish a local niche within the body that allows them to parasitize you for many years," Locksley said. "An allergen may be tapping into the same pathways, for reasons we don't yet know."

In the Nature study, Locksley's team found that when ILC2 cells secrete a molecule called interleukin-13 in the lungs, they can recruit eosinophils to the lungs, where normally there are few.

Many cases of asthma and allergic reactions, particularly in children, are associated with greatly elevated levels of eosinophils, Locksley said. But drugs that target interleukin-5, another molecule secreted by ILC2 cells that stimulates eosinophil growth, have been only modestly successfully in relieving symptoms in asthma sufferers.

It may be possible to discover novel ways to interrupt allergic reactions and parasitic infection by first focusing on learning more about fundamental signals that guide eosinophil migration and growth during normal biologic processes, such as those triggered by meals, Locksley said.

"Since ILC2 cells are required for the normal growth and trafficking of eosinophils into tissues, further study of these cells  which also are present in humans  could provide productive avenues for exploration in broad areas of importance to human disease, including not only allergy and parasitic infection, but even metabolic syndromes like obesity and type 2 diabetes," Locksley said.

Ability of White Blood Cells to Fight Infection in CGD Mice can be Improved by Deletion of a Protein
Researchers suggest that removing a protein in white blood cells of mice suffering from chronic ......

Mechanism Behind Ageing In White Blood Cells Discovered
Man could be closer to reversing the ageing process, even if temporarily. The discovery of a new ......