Neurochip That can Aid in Replacing Damaged Parts of the Brain 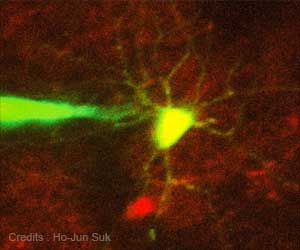 Work is in progress to create a neurochip capable of transmitting a signal to healthy brain cells by a research team at Lobachevsky University. The neurochip can be used in devices intended to replace damaged parts of the brain.

Advertisement
‘By developing artificial neurochips, the aim is to be able to restore lost transmission like in cases of paralysis.’

According to Mikhail Mishchenko, research assistant at the Radiophysics Faculty of Lobachevsky University, the next important stage in the development of the neurochip is to understand the mechanisms of replacement and transmission of signals from one neuron to another.


"For example, after studying the nature of paralysis in humans, we know that all such cases are related to the fact that our nervous system ceases to function properly and the signals are no longer transmitted the way they should be. By developing artificial chips, we will be able to restore the lost transmission," says Mikhail Mishchenko.
Advertisement
UNN researchers are also working to create an artificial nerve cell. To date, a prototype electronic neuron has been developed and studied in laboratory conditions. Experimental results show that the electrical oscillations in an artificial neuron are almost identical to the electrical oscillations that occur in the neurons of the brain. As soon as a neural network of artificial nerve cells is created, pre-clinical tests on laboratory animals will begin at Lobachevsky University. The tests should result in restoring electrical pulses in the damaged mouse brain.

A Neurochip to Monitor What Human Brain Cells are Saying
Calgary scientists are working on developing a 'neurochip', which is capable of monitoring the ......

Learning Difficulty in Autism Associated With Neuron Connections
Contrary to popular belief, more number of brain connections lead to miscommunication among the ......