A Million Fewer Visitors At Disneyland Paris This Year 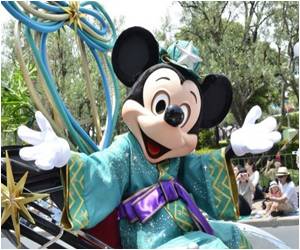 Disneylands operator said Disneyland Paris attracted a million fewer visitors this year after a record 2012, as the debt crisis in Europe hurt demand in the tourism sector.

The slump was mostly due to a drop in French visitors -- who fell by 600,000. The theme park also recorded fewer Spanish and Italian visitors, although more British and Germans turned up.

Although the group managed to cut its net loss for the year by 25 percent to 64.4 million euros, that was only achieved through a 1.3 billion-euro refinancing from its US parent firm Walt Disney Company.
Advertisement
"2013 was a challenging year for Europe's tourism and leisure industry. We felt this in theme park attendance and hotel occupancy, notably with fewer guests coming from France and Southern Europe," said Euro Disney chief executive officer Philippe Gas.

Nevertheless, the chief executive was optimistic that the visitors would return.

"We need to continue investing to increase the spending per visitor. And when the crisis eases, the volumes will return," said Gas.

"The tourism industry is suffering from an economic problem, not a problem of demand or disenchantment," he added.

US Disneyland Sued by Muslim Employee Over Headscarf Ban
Headscarf row has surfaced again and this time it is a Muslim woman who is suing Disneyland, for ......