A First for South Koreans After Ban 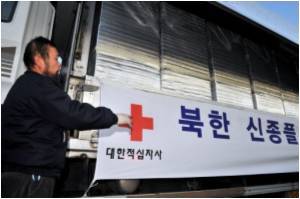 For the first time after a travel ban was enforced three months ago, a group of South Koreans crossed the border into North Korea, according to an official report.

A doctor and four others from a relief group travelled to the North's border city of Kaesong to deliver anti-malaria aid worth 400 million won (340,000 dollars), the South's unification ministry said.

"They are to return home today after delivering aid kits to North Korean officials," a ministry spokesman told AFP.


The doctor was the first South Korean to cross the border since Seoul suspended inter-Korean civilian exchanges and allowed only limited shipments of humanitarian aid for North Korean children.

The UN-led vaccine development agency will work in North Korea next year for the first time to protect children from bacterial meningitis and Japanese encephalitis, officials said Sunday.
Advertisement
Tensions have risen sharply since late May when South Korea and the United States, citing a multinational investigation, accused the North of torpedoing one of Seoul's warships near the contested border.

The North vehemently denies involvement in the March incident.

The trip, however, must not be interpreted as a shift in South Korea's policy, ministry officials said, adding it was aimed at preventing malaria from spreading across the border.

Data from the Korea Centres for Disease Control and Prevention showed the number of malaria patients increased this year in South Korea after it restricted aid shipments to its impoverished neighbour.