A Digital Battleground: 2012 US Election Campaign 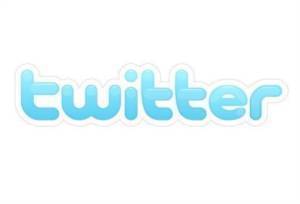 In a battle for digital supremacy which may be a key to victory, the 2012 US presidential election campaign is being fought with tweets, hashtags, Facebook updates and emails.

President Barack Obama and Republican rival Mitt Romney are counting on the traditional strategies of speeches, rallies and paid television ads to win the White House, but the online war is becoming a major factor.

According to a new poll, almost 80 percent Americans said that they would have 'definitely' voted if presidential elections were conducted today.
Advertisement

"Shaking hands and all the traditional campaign stuff has not gone away. You still must do it to win, but if you don't have a complementary online strategy you can't win either," said Alan Rosenblatt, a longtime political consultant who now heads social media for the Center for American Progress and CAP Action Fund.


Obama, who pioneered the use of social media for organizing, fundraising and communicating in his 2008 White House bid, began ramping up his digital campaign back in 2011 with millions of online ads.

Obamas Turn to Court Women Now in US Elections

As election momentum gathers in US, Democratic nominee Obama and Republican John McCain are trying to win over women women disheartened by Hillary Clinton's defeat in the primaries.
Advertisement
If the online space were the only measure, Obama would win in a landslide.

The tech-savvy president also leads on other platforms such as Google+ and Pinterest.

It's difficult to quantify exactly how Facebook posts, tweets and followers will translate into votes on November 6. But social media appears to be getting more people involved in the political dialogue.

After the first Obama-Romney debate, there were more than 10 million tweets, making it what Twitter called "the most tweeted-about event in US politics."

"We don't know how much it is affecting the election but it certainly seems to be out of the politicians control," Castillo said.

Twitter has become an important tool, not only as a way to measure sentiment, but also as a way for the candidates to get their message out.

Rosenblatt said a successful campaign must learn how to "manage the chaos" of Twitter and the millions of tweets that are sent in an effort to influence voters.

One way for candidates and supporters to stay in touch on Twitter is by using hashtags, the # symbol that can represent a theme or topic.

But in the freewheeling world of Twitter, the hashtags can be "hijacked" by the opposition.

This occurred in September when Romney backers created the hashtag #AreYouBetterOff in an effort to mobilize support, only to see this used by Obama backers, who outnumbered the Republicans by an estimated three to one in tweeting for the incumbent.

"I call this a 'denial of hashtag' attack," said Rosenblatt. "Anyone can create a hashtag. But you can't restrict the use of it and anyone can jump onto it."

To make matters worse for Romney, the effort was believed to be the first use in the campaign of "promoted" or sponsored tweets aimed at promoting a trend. The cost is estimated to be at least $120,000 per day.

"This isn't really news so much as a basic matter of affairs in Twitter politics. Your tag can and will be used against you," said Zach Green, who runs a Twitter consulting service and blog called 140Elect.

Green said another incident occurred when a Republican group tried to promote the hashtag #FailingAgenda, only to find Democrats turning it around and calling Mitt Romney a failure.

"It was really too easy, since it's not clear what the hashtag alone is targeting," Green said on his blog.

To round out a digital campaign, candidates need to use other tools including blogs, text messages and email.

Rosenblatt said email remains a key source of fundraising but that it works best as part of a broader social media campaign.

"Think of social media as the fertilizer which sets the tone of the conversation so when the email comes out, social media has already been used to make sure than everyone is aware of that issue," he said.

Voters are increasingly turning to specialized websites and blogs for news, in part because of a distrust of mainstream media but also because people turn to news outlets which share their values.

But some blame the digital trend for a polarization of voters.

Ben Warner, who teaches communications at the University of Missouri, said increased use of digital media allows "people who want to hear a certain perspective" to "gravitate to blogs and sites where they hear what they want to hear."

"This is where you can put out the hard-core messages," he said, noting that the landscape is different from when people watched a few television networks for a "neutral arbiter of the events."

Castillo argued that the new media landscape has not isolated voters. She said her research showed that voters "are seeking out the other point of view, if only to refute it."

BMA Scotland called on MSPs to reject plans for direct elections to NHS Boards and instead to support improvements to local public involvement structure.
Advertisement
<< Key Concerns of UK's Aging Society Revealed By Report
More Harmful Than Having Alzheimer's Gene Might Be Plaque B... >>