A Declining Trend in Mother-to-Child HIV Transmission in US, Yet Not Enough 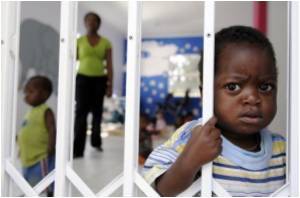 HIV transmission from mother to child has been on a declining trend in the US in the past decade, and yet, scientists feel more could be done to bring the number down further.

Paediatric HIV experts at the University of Florida said that In US, the decreasing number of paediatric infections is a direct result of the advent of powerful anti-HIV therapies in the mid-1990s and the establishment of protocols by the Centers for Disease Control and Prevention to treat pregnant women who are infected, and their babies.

Increased HIV-testing outreach and education efforts have also paid off. And CDC guidelines for "opt-out" HIV-testing for pregnant women mean testing is a routine part of their care, and women would have to specifically decline it.


Rapid testing during labour and delivery gives one last chance to administer therapies that can prevent transmission.

"This is one of those diseases for which we learned how to prevent transmission. We need to make full use of this method and our energies need to be focused on the effort," said lead researcher Dr. Mobeen Rathore.

What is Antenatal care and its importance during pregnancy for mother and baby, with details on the medical test preformed during the first visit to the doctor.
Advertisement
"The reduction of mother-to-child HIV transmission is one of the biggest success stories of the HIV epidemic. The question is, 'How low can we go?'" said Thomas Liberti, chief of the bureau of HIV/AIDS in the Florida Department of Health.

Researchers reviewed pediatric HIV data for the period from 2002-09, and found 102 cases.

Despite the many effective measures in place to help prevent HIV-transmission to babies, there are missed opportunities, found the researchers.

Mothers of half of the infected babies tested positive for HIV before becoming pregnant.

But some refused or neglected to take the medications that could have kept their babies HIV-free.

Some had no prenatal care, and so did not receive available treatments.

Some women were HIV-negative at the start of their pregnancy, but became infected afterward.

Others were diagnosed with HIV only after the birth of their babies.

Finding creative ways to address issues such as the shortage of mental health-care providers will help women and their babies get needed care, the researchers said.

The health department has already begun discussions with the Centers for Disease Control and Prevention to discuss steps that can be taken to further reduce mother to child HIV transmission.

"Many of our patients have mental health and other life issues, so if we do not address them, the treatment protocol will not be effective. This is an intervention that has the opportunity to work better," said Rathore.

The study was presented during the 18th International AIDS conference in Vienna, Austria.

The Essence of Yoga Loram (2 mg) (Lorazepam) Nutam (400mg) (Piracetam) Color Blindness Calculator Calculate Ideal Weight for Infants Noscaphene (Noscapine) Post-Nasal Drip Drug Side Effects Calculator Blood - Sugar Chart Indian Medical Journals
This site uses cookies to deliver our services.By using our site, you acknowledge that you have read and understand our Cookie Policy, Privacy Policy, and our Terms of Use  Ok, Got it. Close
×

A Declining Trend in Mother-to-Child HIV Transmission in US, Yet Not Enough Personalised Printable Document (PDF)