A check Up App can Now Monitor Your Vision 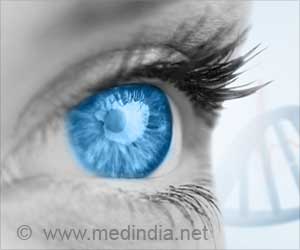 Patients with diabetic retinopathy and age-related macular degeneration got comparable results to in-office vision testing with the new check-up app. The findings of this study were presented at AAO 2017, the 121st Annual Meeting of the American Academy of Ophthalmology.

Ophthalmologists - physicians who specialize in medical and surgical eye care - have effective treatment options for Age-related Macular Degeneration (AMD) and diabetic retinopathy that slow or prevent vision loss. But treatment is most effective when it's given at the earliest signs of disease.

Advertisement
‘Amsler grid test is advised to patients suffering from age-related vision problems. When used correctly, it can show problem spots in a patient's field of vision. But due to the nature of test, it's not always easy to do and may require frequent in office visits ’

That's why ophthalmologists often ask their patients to check their vision at home with a test called the Amsler grid. It is a simple square on a sheet of paper containing a grid pattern and a dot in the middle. When used correctly, it can show problem spots in a patient's field of vision.


However, research shows that patients often fail to use the Amsler grid between office visits, and patients find it difficult to use effectively.

The app, known as Checkup, is designed to engage patients with their health care. Patients use it to assess their vision as often as their ophthalmologist prescribes. The voice-activated app also sends reminders to a patient's device if they forget to test on schedule.
Advertisement
Results of the test are sent in real time to a secure cloud-based data warehouse. The ophthalmologist can view the results, and contact the patient if they detect deterioration in their vision.

Researchers at Northern California Retina Vitreous Associates in Mountain View, Calif., wanted to find out if a smartphone app can monitor patients' vision at home as accurately as vision testing in the ophthalmologist's office, so they asked 27 patients with either AMD or diabetic retinopathy to use the app for two months.

Patients tested their vision at home using the app and were then re-tested in the office. There was a strong agreement between the Checkup app and the in-office tests for both visual acuity and Amsler grid testing. Every patient reported that it was easy to use.

Linda Redington, 57, and her 83-year-old mother, Ethel Redington, were part of the study. They both have AMD. They said it was easy to set up on their phones and easy to use. Both Linda and Ethel tested their vision with a basic visual acuity test and the Amsler grid test.

"I never missed a day," Linda Redington said. "It was easy and it didn't take a big chunk out of the day. It took just five minutes."

She says that the Amsler grid test on the app was easier to use than the static, black dot on a piece of paper. Instead of wielding a pen and piece of paper, the app serves up a red, flashing light that she simply taps with her finger.

"We're excited about the potential of this technology to improve patient care," said lead researcher, Rahul N. Khurana, M.D. "More and larger studies are required to make sure it works as well as our small study showed. But we found that it encouraged patients to take a more active role in their care, and they found it easy to use."

Source: Eurekalert
Advertisement
<< Insulin, Sale of Medicines for Diabetes Triples in India
Soft Drink Intake Takes A Dip In the US But Not Among All >>

Age Related Macular Degeneration
Age related macular degeneration is a disease of the elderly, wherein the macula or the central ......

Diabetic Retinopathy
The term 'diabetic retinopathy' refers to changes in the retina which often occur in people with ......