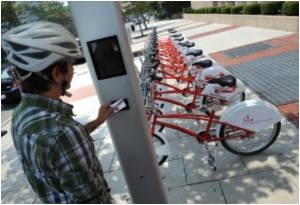 Mandatory bicycle helmet laws should be maintained and enforced as part of overall road safety strategies, according to a study outlined in a letter to the editor in the Medical Journal of Australia.

Dr Michael Dinh, Emergency Physician and Co-Director of the Department of Trauma Services at the Royal Prince Alfred Hospital (RPAH), Sydney, and co-authors reviewed a study conducted by the RPAH that summarised long-term trends in cyclist head injuries and determined the odds of any skull fracture or intracranial bleed associated with not wearing a helmet.


Dr Dinh said that among 287 patients for whom information about helmet use was available between 2008 and 2010, non-helmet wearers had five times higher odds of developing intracranial bleeding or sustaining a skull fracture due to falling from a bicycle compared with helmet wearers.

"It is the opinion of the trauma service at the RPAH . . . that mandatory bicycle helmet laws be maintained and enforced as part of overall road safety strategies."