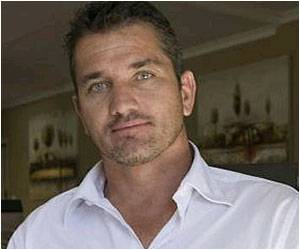 South African rugby legend Joost van der Westhuizen has been diagnosed with amyotrophic lateral sclerosis (ALS) and has been told that he has just two to five years left to live.

Van der Westhuizen played in the South African national team that went on to win the Rugby World Cup in 1995. The 40-year old played as a scrum half and had a successful career, gaining 89 caps and sharing the national record of most tries with Bryan Habana at 38 tries.

He experienced muscle loss and slurred speech in May and doctors conducted a number of tests before diagnosing that he had ALS. It is a motor neuron disease that affects the nerve cells in the spinal cord and is also known as Lou Gehrig's disease.


Confirming the diagnosis, Van der Westhuizen's South African doctor Jody Pearl said, "Dr Pioro confirmed that Joost does indeed suffer from ALS, which gives him a 80 per cent chance to live between two and five years."