A study published in the March issue of the Journal of Thoracic Oncology (JTO), the official journal of the International Association for the Study of Lung Cancer says that lymph node dissection, the current standard surgical treatment for localized non-small cell lung cancers, may be unnecessary in certain screen-detected early stage cases.

The risk of nodal involvement is very low in early-stage cancers with a maximum standard uptake value (maxSUV) of 2.0 or a nodule smaller than 10 millimeters, researchers found.

"As a consequence of advances in diagnostic imaging, such as high-resolution or spiral computed tomography, thoracic surgeons encounter more often than in the past small-sized lung cancers at an earlier and potentially curable stage," said lead researcher Dr. Giulia Veronesi, MD, director of the Lung Cancer Early Detection Unit in the Division of Thoracic Surgery at the European Institute of Oncology in Milan, Italy. "It has thus become increasingly crucial to choose the most advantageous treatment strategy, including surgical intervention."


A total of 5,201 asymptomatic volunteers were recruited for the Continuing Observation of Smoking Subjects (COSMOS) trial in 2004 and 2005. All were 50 years or older, heavy smokers (20 pack years) or former heavy smokers who had quit within the previous 10 years.

Over the course of the next five years, lung cancer was detected by screening in 97 patients who also satisfied the criteria for the study. The tumors in 91 of those patients (94%) were N0 and in six (6.2%) were N+. All patients with tumors smaller than 10 mm or with a maximum SUV of less than 2.0 (62 cases) were N0. Nodal metastases occurred only among the 29 patients (17%) with lung nodules greater than 10 mm and maxSUV of 2.0 or more.

"These two simple variables were reliable predictors of lymph node involvement in early stage lung cancer, and will make it possible to avoid nodal dissection in a considerable number of patients, reducing operating time and invasiveness, and also reducing the morbidity associated with nodal dissection such as recurrent nerve injury and chylothorax," Veronesi said. "By contrast, when both variables were above the cutoffs identified in this study, radical lymph node dissection the risk of occult nodal involvement was fairly high, suggesting a radical lymph node dissection.

"These results imply for the future not only the reduction of cases requiring lymph node dissection but will allow us to propose safely lung-sparing sublobar resections instead of lobectomy in many patients with very initial lung cancer," she said.
Source: Eurekalert

Congenital Cystic Adenomatoid Malformation Of The Lung
Congenital disease of the lung in which multiple cysts (water bubbles) develop in the lung tissues, sometimes affecting a whole lobe of the lungs.
READ MORE 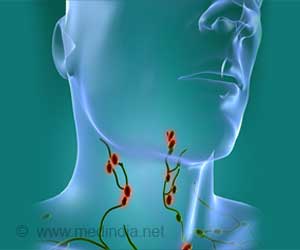