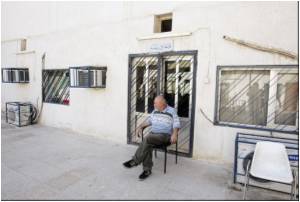 Special mental courts help psychiatric patients who are seriously ill get a smaller period of imprisonment and the arrest rate has decreased too.

"Mental health courts are an increasingly popular post-booking jail diversion program," the authors write as background information in the article. "Mental health courts have the laudable goal of moving persons with serious mental illness out of the criminal justice system and into community treatment without sacrificing public safety." These courts have expanded from one or two in 1997 to approximately 250 today. In general, eligible clients follow specific procedures for enrollment into the court, such as having a hearing before a mental health court judge, entering a guilty plea and agreeing to the terms of the court. Treatment is usually a condition of enrollment, and courts reserve the right to sanction defendants who violate the terms.


The two groups were similar before the current arrest-93 percent of those directed to mental health courts and 95 percent of those treated as usual had been arrested at least one other time in the 18 months prior.

Specifically, in the 18 months following enrollment in the mental health court, participants were significantly less likely than those treated in the usual manner to be arrested again (49 percent vs. 58 percent). Over the same period, mental health court participants had a decline of 0.8 arrests per year (from 2.1 to 1.3), compared with a decline of 0.6 in the usual treatment group (from 2.6 to 2.0).

Mental health court participants did spend more days in jail in the 18 months after their arrest than before (73 days vs. 82 days, a 12 percent increase). However, incarceration time increased significantly more among those in the comparison group (from 74 to 152 days, a 105 percent increase).

"This first multisite, prospective study of mental health courts offers encouragement that they can achieve the public safety outcomes that funders and the public want," the authors write. "Our data do not comprehensively address the key questions of who the courts are most effective for or what mechanisms produce positive outcomes. These important questions await further data from this and other studies. Until then, it appears that mental health courts are diversion programs for justice-involved persons with mental illness and, usually, co-occurring substance abuse disorders that warrant public policy support."