Sina Zarrintan, a neurologist from the Tabriz Medical University in Iran, says that the logic behind this proposition is based on the fact that the nose and the genitals are both connected to the same part of the nervous system that controls certain reflexes - the sympathetic nervous system.

The researcher points out that swollen and inflamed nasal blood vessels, irritated either by an infection or by pollen in the air, generally lead to blocked nose.


Zarrintan reckons that a well-timed ejaculation, during which the sympathetic nervous system constricts blood vessels across the body, should soothe the swollen nasal blood vessels and, thereby, free the airway for normal breathing.

Although no clinical trials have been performed to test Zarrintan's hypothesis, he believes that it may have many benefits over decongestant drugs if proved to work.

He highlights the fact that decongestant have been known to contribute to hypertension.

"Furthermore, if used for more than two or three days, they can actually make congestion worse," New Scientist magazine quoted him as saying.

"It can be done (from) time-to-time to alleviate the congestion and the patient can adjust the number of intercourses or masturbations depending on the severity of the symptoms," he said.

A research article on Zarrintan's suggestion has been published in the journal Medical Hypotheses. 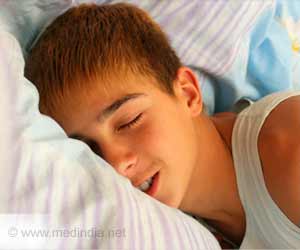