World No Tobacco Day 2016 - Get Ready for Plain Packaging

Written by Amrita Surendranath, B.Sc, M.Sc.
Article Reviewed by The Medindia Medical Review Team on May 30, 2016 at 4:28 PM
Medindia Exclusive - Interviews and In depth Reports

Tobacco smoking is highly injurious to health, but it is one of the most hazardous habits practiced by many across the world.


This year the theme for World No Tobacco day is 'Get Ready for Plain Packaging'. Cigarettes are packaged in attractive branding logos and designs that are thought to pique the interest of young adults at stores. The warning about the hazard to health will continue to be big and imposing, but the brand logo and name of the cigarettes will be reduced in size and prominence. This type of packing will be extended to all forms of tobacco products.


Health ministry of India had previously planned to implement 85% pictorial warnings on cigarette packets but recently, members of the parliamentary panel requested the department to reduce its size to 50%. Though plain packaging can control tobacco use, exposure to passive smoking remains a cause of concern.

Alarming Statistics About Tobacco Use from WHO
Tobacco is manufactured from tobacco leaves that are processed and made into cigarettes, beedis, snuff, pipe smoking, kreteks and gutka. There are many cancer causing toxic chemicals present in tobacco, but nicotine is the most important.

Some Major Health Problems Caused Due to Tobacco Smoking:
Not only are smokers at risk of being affected by various health conditions, but passive smoking is also extremely hazardous as passive smokers inhale the smoke let out by smokers. Second-hand smoke can lead to:
Many smokers strive to give up smoking every year but not many people are successful. There are smokeless cigarettes that are available and which people believe are not harmful, however, smokeless tobacco has been directly linked with oral cancer and the development of pre-cancerous lesions in the mouth.

For the occasion of World No Tobacco Day 2016, we spoke to a leading Pediatric Pulmonologist Dr. N.C. Gowrishankar MBBS, MD, DNB, and asked him about the effects of passive smoking on children. 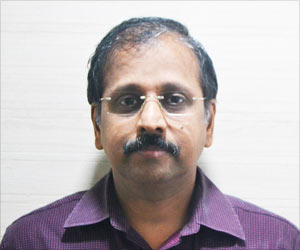 Here are excerpts from the interview.

Q. How can a child be protected from second-hand smoke when a father smokes?

A. It is tough to protect a child from exposure to second-hand smoke. After a single smoke, the individual will continue to exhale smoke for up to 6 hours. So even if the father smokes at 8 o'clock when he is away from home and returns home at 9o clock, he continues to exhale smoke.

Q. What would you like to tell fathers who smoke?

A. 'Don't smoke off your child's health.'

Q. Should the mother be more involved in preventing the second-hand exposure from the father?

A. When a wife asks her husband to quit smoking it leads to rifts and unpleasantness between the couple. Most people who smoke, do so because they are addicted and do not think about the health of others involved. The child is the best person to ask the father to quit. Incentives like asking the father to save the money spent on cigarettes and using the money saved to spend on personal gifts could be adopted.

Q. Are there any preventive measures like yoga which can be used to improve the health of children of smokers?

A. Yoga is good for health, but it will not protect against the ill-effects of impure air. Second-hand smoke is when the child is exposed to the fumes exhaled by smokers. Third-hand smoke is when the child is exposed to fumes that are attached to car seats or sofas. A father or uncle might have smoked in the car before picking the child up and, though they finished smoking by the time the child gets into the car, the car upholstery will continue to give out smoke that is trapped.

Q. How can mothers prevent children from picking up the habit of tobacco smoking, especially among children of fathers who smoke?

A. In our society, 90-95% of mothers do not smoke. They should lead by example and try to imbibe good values in the child. A mother is the first teacher and should guide the child carefully. They should speak kindly to the child about the ill effects of smoking and ask the child to turn the other way when they see someone smoke. Education by the mother should be re-inforced by education from the teacher at the school. Every week at least 30 minutes should be spent to teach the class about staying away from bad habits, good-touch, bad touch and other life lessons.

Q. How can smokers be guided to quit and what makes them quit?

A. Smokers need intensive psychotherapy and counseling to be able to quit. Most smokers do not quit till their health deteriorates and they require hospitalization. The physical and financial burden caused due to hospitalization forces many smokers to quit.

Q. Will quitting smoking reverse the effects of smoking after a few years?

A. Smoking leads to very hot air leading to damage to the mucosa which is irreversible. However, quitting could prevent further damage. Moreover, smokers who quit will prevent second and third-hand smoke from affecting their loved ones.

Kids Exposed to Tobacco Smoke at Home Fall Sick Often
children who lived with a smoker or who had exposure to tobacco smoke inside the home were more likely to have had any medical care visit.
READ MORE