Written by Amrita Surendranath
Medically Reviewed by The Medindia Medical Review Team on May 17, 2016 at 6:34 PM

Hypertension is not a problem solely associated with the aging population in the West, as commonly conceived. Instead, as much as 80% of the cardiovascular deaths are present in low and middle-income families.
Advertisement
‘World Hypertension Day focuses on increasing blood pressure screening to lower the risk of cardiovascular diseases.’


The likelihood of people dying due to complications associated with high blood pressure is In India:
Advertisement
Hypertension is one of the most prevalent chronic diseases in India Complications due to hypertension lead to 9.4 million deaths every year worldwide.

Dr. Peter Piot, Director of the London School of Hygiene and Tropical Medicine says that non-communicable diseases are rising in numbers across the world and out of that hypertension is the most prevalent and the one that we can do something about.

In 2015, the target number was 1 million, but 2.5 million were ultimately screened. This year the target population that should be screened is 3 million. The organization along with their associate members hope to reach the target and spread awareness about the condition.

The normal blood pressure of an individual should be 120/80 mmHg. Ideally, the diastolic pressure (the lower number) should be maintained below 90 mm Hg. 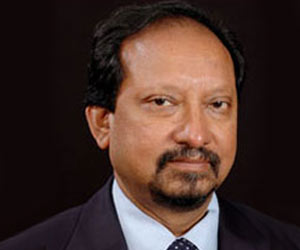 Dr. Shyamprasad, a leading cardiac surgeon, Executive Director of the National Lutheran Health and Medical Board provides certain pointers towards maintaining a healthy blood pressure. Significance of Knowing the Blood Pressure When the Rotary Club of Britain conducted a screening camp for people in 2015, 1 in 3 people was found to require consultation with the GP due to elevated levels of BP. This brings to the fore the high prevalence of this non-communicable disease and the need to screen populations to lower risk for cardiac disease. 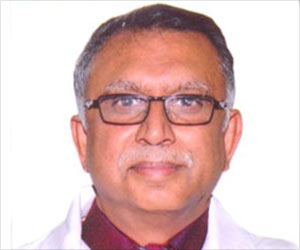 Q) What is the prevalence of hypertension in our society?

Dr. Abraham: The incidence of Hypertension in India is about 33% in urban Indians and 25% in rural Indians. Systemic Hypertension is an asymptomatic condition, which is more commonly prevalent with an aging population. The earliest age at which Blood Pressure recording should be done as recommended by the American Pediatric Association is from age 3 onwards yearly. The blood pressure reading in children should interpret according to the centiles. The reason for this recommendation is that Hypertension is prevalent in 0.62 to 1.4 % of children which is mostly due to secondary causes unlike middle-aged and adult population

Q) What is your recommendation for people diagnosed with hypertension?

Dr. Abraham: All hypertensives (Blood Pressure > 140/90 mm Hg) should have a kidney function test including a serum creatinine level and urine examination which is mandatory to exclude treatable kidney disease, that may be missed if this knowledge does not exist.

Q) What is the significance of kidney disease and hypertension?

Dr. Abraham: The Indian CKD registry data suggested diabetic kidney disease and hypertension as the commonest causes of morbidity. Some individuals with Hypertension have protein leak in the urine which may require investigations including a simple imaging such as an Ultra Sound Examination and if suspected of having kidney disease such as glomerulonephritis, a kidney Biopsy is necessary.

Q) How can hypertension be prevented or controlled?

All these complications can be prevented by controlling blood pressure with lifestyle modifications and medications which are available at a cheaper cost in India. As diabetes and hypertension can co-exist, both disease conditions should be appropriately treated and followed up with a family doctor on a regular basis for the well-being of the community.

Quiz on Hypertension
It stealthily creeps in and catches people unawares. Find out more about this 'silent killer' by ......