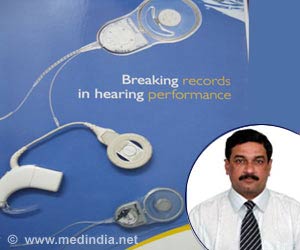 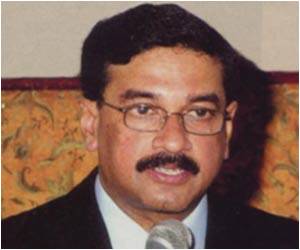 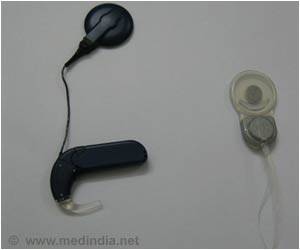 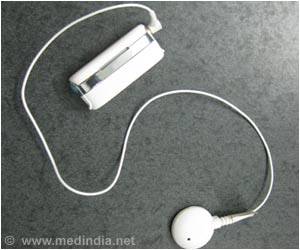 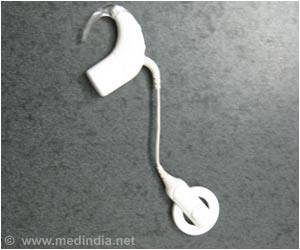 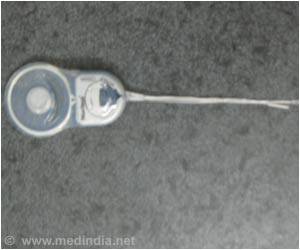 Ear and Hearing Loss: Ear is divided into three parts i) External Ear - the outer portion and the pit (ear hole) ii) Middle Ear - deep to the eardrum which forms the boundary between the external ear and the middle ear and iii) Inner Ear, the sense organ. The inner ear in turn is divided into two sections where the 'cochlea' is concerned with hearing and the 'bone labyrinth' maintains balance. So any hearing loss may be due to problems in the external or middle ear, which is called Conductive Hearing Loss. It could also arise from problems in the inner ear or the nerve, which connects to the brain (auditory nerve). Such hearing loss is called Sensorineural Hearing Loss. 'Sensory' refers to the inner ear and 'Neural' refers to the 'nerve'. Conductive Hearing Loss is easy to correct depending on the cause of the problem with standard medical or surgical procedure. For example in case of an ear infection leading to perforation of the eardrum, a procedure called Tympanoplasty is done to close the hole. However the real challenge lies in enabling hearing in people with Sensory Hearing Loss.


Sensory Hearing Loss: Sensory Hearing Loss could either be congenital (by birth) or acquired (later in life) due to various causes. Congenital Hearing Loss is the commonest abnormality in infants. 2 or 3 out of 1000 infants are born with profound hearing loss. In 99% of these children the cochlea is damaged. The very fine cells in the cochlea called the 'hair cells' are concerned with hearing. These cells may be damaged for various reasons or may not have developed at all leading to profound hearing loss. However, the nerve connection beyond the cochlea remains intact. If the cochlea can be bypassed then hearing can be enabled. Sensory Hearing Loss of later life could be because of viral fevers such as chicken pox, mums, meningitis, brain fever, toxic infections like typhoid and even excessive noise, loud blasting crackers, and excessive mobile phone usage. Acquired diseases such as otitis media, ear infections, hereditary diseases, which may manifest later like otitis sclerosis, may also lead to deafness.
Advertisement
Hearing Aid versus Cochlear Implant: People, with partial damage of the inner ear but with some residual hearing can benefit from hearing aids, which merely amplify sounds. However concerning people with profound hearing loss, even if sound were amplified it would still remain ineffective because of lack of residual hearing. So candidates with profound hearing loss who cannot get adequate help from hearing aids can benefit from a Cochlear Implant because sound gets picked up and broken into its component parts and converted into electrical energy. This electrical energy is transmitted across the skin by radio frequency and stimulates a set of electrodes, which are implanted surgically into the cochlea (inner ear). The implant bypasses the cochlea (damaged organ) and stimulates the nerve beyond the cochlea and provides hearing. So unlike the hearing aid, a Cochlear Implant does not rely on residual hearing.

Cochlear Implant: A Cochlear Implant has two components. One component is surgically implanted inside the cochlea, which comprises of a set of electrodes. And a receiver stimulator is placed on the side of the head on the skull under the skin. Second component is an external unit consisting of a microphone, which collects the sound and a speech processor (minicomputer) breaks it into component frequencies. Appropriate electrical signals are generated in the speech processor. These signals are then fed into an antenna, which couples with the implanted portion under the skin (receiver stimulator) and across the skin by means of a magnet. So the external portion is the antenna, the internal portion serves as the receiver stimulator with the skin in between them and a magnet couples the two components. So the external portion goes to the electrodes and stimulates the cochlea, which enables transmission of sound.

Procedure before Implant: Prior to an implant a child goes through investigations called 'audiological test battery' done to ascertain the level and type of hearing loss. Depending on the results a hearing aid or a Cochlear Implant is provided. The sophisticated investigations can be done on the day of an infant's birth. In many countries Universal Newborn Screening is mandatory where infants are screened before they go home. Failure of early intervention could lead to loss of language acquisition, which is based on hearing. So if a child is born deaf then dumbness (lack of speech) sets in. The best age to correct deafness is below the age of 3. After the age of 5 results diminish and beyond the age of 10 it becomes almost impossible to develop language even with interventions because brain has a critical period to learn language beyond which child will not develop language. "Early intervention has helped children develop normal language, join regular school. Some have even made it to Ivy League schools and reputed institutions in India" says Dr. Kameshwaran.

Microsurgical Cochlear Implant: Post investigations, Cochlear Implant is a microsurgery procedure lasting for one and half hours done under full anesthesia. The candidate is then discharged after 48 hours. On the tenth day sutures are removed and the device is activated on the 20th day i.e. three weeks after the surgery. The day of activation in a child is called the day of the auditory age or the day the ear is born. Language development takes 10 to 18 months. During this period a child is put through auditory habilitation, which is different from speech therapy. Auditory Habilitation focuses on teaching a child to listen with the intent to develop language skills. Hearing does not mean listening. Listening has to be taught in whom hearing is enabled. The mandatory auditory rehabilitation is for a period of 1 year with specialist called 'Auditory Habilitationist'.

When Cochlear Implant is Unneeded: Post lingual people are those whose language has developed but have lost hearing whereas Pre-lingual people are those born deaf. Post lingual people can benefit from an implant at any age provided the period of auditory deafness is not more than 20 years because they have already acquired language. The youngest candidate treated in this clinic was as young as 6 months old and the oldest candidate, 80 years old. Cochlear Implant cannot be done or is not needed when:

 Pre-lingual person with either the cochlea or the cochlea nerve not developed. But such occurrences are only 1 % in which case, instead of a Cochlear Implant, Auditory Brain Stem Implant is done where chips are implanted in the brain.

Cochlear implants are cost effective in the long term considering the sound future of the child. The cost of an implant is anywhere between Rupees 5 lakhs and 11 lakhs depending on the model of the implant. According to Dr. Kameshwaran, "Real problem is coming up front with the cost. In many countries Cochlear Implant is compulsory and is funded by the government or insurance companies. So it can be done in India also. NGOs for their part can actively involve in screening and detecting deafness and in correcting with Cochlear Implant by arranging for funds for kids. Because deafness is the truly correctible handicap which transforms a person from being a burden to the society to a productive citizen. A country is truly developed and ethical only if every child born deaf can avail health care services such as Cochlear Implant and must not be ignored just because the child is born into a poor family".

Special School Shows How to Help Hearing Impaired Children
Kids with hearing impairment can be rehabilitated to live normal life with appropriate intervention ...

Auditory Tumor
Auditory Tumor or Acoustic neuroma is a benign growth that arises on the vestibular cochlear nerve. ...