'There Will Be Tomorrow' - A Film on Hope for HIV Patients

A film by director Bhushan Gaur titled "There will be tomorrow" hopes to break the shackles surrounding HIV and liberate people affected by the disease, instilling in them hope and a sense of purpose.

'There Will Be Tomorrow' - A Film on Hope for HIV Patients


HIV Statistics:
"There are 36.9 million people living with HIV globally, 17.1 do not know they have the virus. The HIV epidemic not only affects the health of individuals, it impacts households, communities, and the development and economic growth of nations. Science has given many hopes to the HIV patients. One of them is they can have uninfected babies." - Director Bhushan Gaur


HIV Facts:
The advancements in medical science have provided better medicines and supportive therapy for HIV patients, however, HIV/AIDS is one of the most dreaded diseases in the world, owing to the stigma associated with the disease and the severity of the disease. There are many prejudices that abound for people with HIV which are far more disruptive and crippling to the affected individual than the disease itself.

HIV prevalence is highest among men who have intercourse with men and among people who are injecting drug users. The stigma associated with such people could be stigma that is targeted against their 'different' behavior, deeming it 'unnatural' or 'immoral'

People with HIV, especially in movies, are often depicted as people who are dying or people who should not be touched. This reinforces the misconception that people with HIV need to be isolated from the society. The affected individual is often the 'sinner' who brought it on himself through his careless ways.

This latest film by Bhushan Gaur will hopefully break these myths and misconceptions, allowing people with HIV to lead a more respectable life. This is not the first assignment for Bhushan, who has worked on many films and documentaries over the past 10 years and is armed with a period of study at the New York Film Institute. 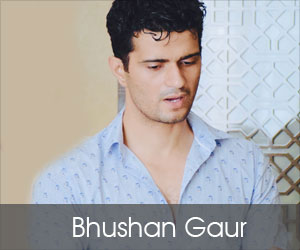 The film delves into the life of the protagonist Adam, who is shocked by the news of his HIV status but is unable to disclose the same to his beautiful wife Annie. The film revolves around their lives and the delicate relationships that are jolted, bringing in a fresh perspective and, most importantly, a feeling of hope.

We had a tete-a-tete with director Bhushan Gaur about his views on people affected with HIV, what the movie hopes to achieve and more, excerpts of which are detailed below.

Q. What prompted you to make a movie like 'there will be tomorrow' was it a real life personal incident that you witnessed or was it something you read about?

A. "It was small inspiration drawn from a news story actually. The movie is made up of real life incidences of several families affected with HIV. The story is a result of an intensive research conducted over a year and half. Many doctors and researchers were consulted before, during and in post production of the movie. Many organizations came forward to help for the cause."

A. "The stigma is because of unawareness and myths. HIV is not just a sexually transmitted disease. There has been so much wrong information about HIV among people, that they do not accept that they can have this disease. Many people are yet to know that there is treatment for it. Thanks to the hard work of scientists, HIV is just like any other chronic disease. If right medicines are taken under right medical guidance one can actually lead a very normal life. And can even produce uninfected babies."

Q. Will a home kit for AIDS like a pregnancy kit help in more people being aware of their illness and taking precautionary measures?

A. "Absolutely not. HIV patients need guidance. The doctors are trained to behave with the patients in certain ways. They suggest you many support groups. Besides the information is kept strictly confidential. So one should stop the inhibitions about getting oneself tested at a proper diagnostic center or a clinic."

Q. When there is a risk of progeny being affected, is it worth it to try for a child instead of adopting? When there are so many orphaned children in India looking for good homes?

A. "It's a very interesting question. Child adoption is good for just anyone not just for HIV patients. But the urge to have your own baby is as basic need as anything else. Secondly there is no risk at all of the baby getting affected if the child is conceived under medical guidance. This is exactly what my film is talking about. Hope it inspires people affected by HIV to be more and more hopeful towards life."

Q. Are HIV numbers under reported in India?

A. "Yes! Not just in India but worldwide, the statistics isn't very comprehensive yet because there haven't been enough information on HIV/AIDS. People don't freely talk about their medical conditions. Two million people world wide have this deadly virus in them but they aren't aware of it. I wish more and more film makers come forward to make the society aware of conditions and diseases like this."

Q. Is the movie made to create hope among HIV patients or is it an awareness campaign for caregivers?

A. "I wouldn't be unhappy if it does both the things. The film talks about the hopes but it most certainly talks about the importance of emotional healing in any treatment that is needed much more than the medicines."

Q. Why are people so scared of HIV patients when there are other infections that are far more infectious?

A. "Firstly HIV has a bad name because of it being considered a sexually transmitted disease. Now people are more aware. HIV is like an accident that can happen to anyone anywhere through various ways. Sure there are diseases like Ebola and the like which are more scary but people are lesser informed about them. Need of the hour is huge awareness generation.

Talking to your near and dear ones really help and 'There Will Be Tomorrow' speaks about it."

Q. When most people feel that they will not get HIV/AIDS, what kind of a reception do you expect for your movie?

A. "I hope and pray nobody gets HIV/AIDS, it's the scariest thing that can happen to anyone. But HIV can happen during blood transfusion, at a tattoo shop, at a fish spa, at a dentist's clinic or while kissing someone who has the virus and has gum problem. There are numerous ways one can get this bad virus.

Film needs to be shown to anyone and everyone across the globe. I want to put it on multiple media channels for it to be well received by everyone"

The film promises to be interesting and with a message that people with HIV can hope to have children without worrying about them becoming infected. This would give them a purpose and will aid in HIV-infected people treading a more normal path.