Women with pregnancy induced hypertension (PIH) are at a greater risk of developing heart diseases later in life. PIH, also known as gestational hypertension is a condition in which a woman's blood pressure rises above the normal levels. Studies have shown that women with PIH have risk of developing heart diseases which is 2.2 times higher  than that  compared to those without the condition.

Dr Hrishikesh D Pai, Secretary General of the Federation of Obstetrics and Gynecological Societies of India and also Scientific Director at Bloom IVF Group at the Lilavati Hospital, Mumbai  spoke to Medindia exclusively about pregnancy induced hypertension and the need for monitoring blood pressure during pregnancy. 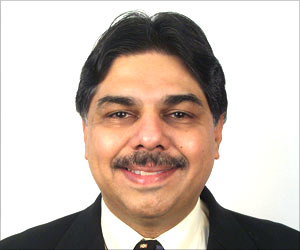 1. Is there any study from India regarding the percentage of pregnant women with PIH?


Ans: About 7% to 10% of pregnant women experience what is called pregnancy induced hypertension (PIH), a condition in which the mother can have elevated levels of blood pressure. In India, the incidence of preeclampsia is reported to be 8% to 10% among the pregnant women.
According to a study, the prevalence of hypertensive disorders during pregnancy was 7.8% with preeclampsia in 5.4% of the study population in India.

Five Healthy Lifestyle Modifications that Lower Hypertension Risk
Lifestyle modifications could help in lowering risk of cardiovascular diseases. Find out what possible changes can help you maintain healthy heart.
Advertisement
2. What are the factors that increase the risk of PIH during pregnancy?

Ans: The risk of developing PIH is higher in those women who suffer from certain medical conditions and health factors. Some predisposing factors include

3. Women besides limiting salt and doing gentle exercises, is there anything else pregnant can do to limit the risks of hypertension?

Ans: There are some steps women can take to avoid the risk of developing hypertension during pregnancy. These are also true for those with an existing history of hypertension. Some of them are as follows.

Consuming anti-platelet drugs - With the advice of the doctor, make sure to take 75 mg aspirin daily from 12 weeks onward till the birth of the baby. Some of the drugs and nutritional supplements were earlier said to have a role in prevention of hypertensive disorders during pregnancy. However, according to the latest guidelines, this below mentioned list does not have a proven role Do not recommend salt restriction - There are ample number of studies which support that salt restriction has no role in prevention or management of pregnancy induced hypertension.

4. Why are pregnant women with PIH at a higher risk for heart disease later in life?

Ans: This is due to the disturbances in the normal functioning of the heart, for instance, increase in pre-load and after-load of the heart and endothelial activation. These continue even after pregnancy in milder form in patients with PIH.

5. Can PIH affect the growing fetus? What are ways to prevent damage to fetus?

Ans: Women with PIH develop a resistance in their blood vessels, which affects the blood flow throughout the body including that to the placenta and uterus. This further leads to problems with the growth of the fetus. PIH can also cause premature detachment of the placenta from the uterus, affect the oxygen flow to the placenta, or even lead to stillbirth. It is, therefore, important to detect and treat this condition on time to avoid complications such as pre-term birth, seizures, heart diseases later in life, or even death of the mother and the baby. Fetal damage can be minimized with anti-hypertensive drugs, keeping blood pressure under control, and routine Doppler ultrasounds.

Ans: PIH can increase the risk of preterm births and infant respiratory distress syndrome. If not detected and treated on time, it can even cause maternal or infant mortality and morbidity.

7. What are the precautionary steps to prevent PIH before pregnancy?


What are Symptoms of Pregnancy Induced Hypertension?

Some of the characteristic symptoms of PIH include -

Dr Nandita Palshetkar, Medical Director, Bloom IVF said, "It is imperative to monitor fluctuations in blood pressure during pregnancy, since not all of it can be attributed to PIH. Post delivery, the blood pressure levels should be monitored through ambulatory blood pressure monitoring (ABPM) regularly. This method is more accurate in detecting blood pressure fluctuations over 24 hours and helps in taking readings on the move.

She further added that, "Women with PIH must take adequate bed rest. In case of consistently high readings, hospitalization for constant fetal monitoring might be needed. Many women do not take follow up precautions post-pregnancy, particularly in monitoring blood pressure levels. Women should follow up with their primary care doctors after giving birth as this will help prevent the risk of heart complications later in life."

Recurrent Hypertensive Disease of Pregnancy Associated With Early Mortality
Pregnancy can provide insight into future health problems because of the stress it puts on the body.