by Vishnuprasad on  September 21, 2015 at 5:46 PM Medindia Exclusive - Interviews and In depth Reports 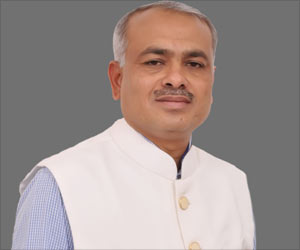 Rare diseases are defined as diseases that affect a small percentage of the population. Because of the rarity of each disease itself, much remains unknown about many rare diseases. Lack of awareness coupled with the health authorities' attitude towards rare diseases lead to many undiagnosed cases or the diagnoses come after the disease has done fatal damages.


Prasanna Kumar Shirol, a founder member of ORDI, in an exclusive interview with Medindia, talks about the issues facing patients with rare diseases in India. Mr. Shirol has worked extensively to create awareness specifically on Lysosomal Storage Disorder in India. He has represented India at various international conferences and created a powerful network of international parent and rare disease groups.


According to him, a lack of awareness about rare diseases among patients, doctors and policy makers and the absence of public policy on rare disease are the major problems in India. There is also a need to create a national database on rare diseases. "A lot of work has to be done in this field," he said. Excerpts from the interview:

1. Can you share statistics of rare diseases in India?

All rare diseases taken together affect about 6-8% of the world's population. About half of the rare diseases affect children causing significant social and economic burden while the other half manifest in adulthood.

In India it is estimated that about seven crores of our total population is afflicted with some form of rare/genetic disorders. Of the total, 30-40 lakh people are affected by one of the existing 7000 rare/genetic diseases. It is believed that approximately 80% of the total is due to genetic causes given the high rates of consanguineous marriages in various Indian communities.

2. What are the biggest challenges facing patients with rare diseases in India?

Our nation faces numerous challenges in awareness, public perceptions, diagnosis, treatment and public policy on rare diseases. Some of the most significant ones identified by 'ORDI Genetics Research 2014' are listed below:

There is a significant lack of awareness about rare diseases among the public, and even among doctors in India. The health care training and education system in our country are more focused on training physicians and health care personnel to treat common diseases such as infectious diseases. This has led to a pronounced dearth of trained physicians and healthcare personnel to care for patients with rare diseases.

A majority of patients with rare diseases in India cannot afford the high costs of treatments even when available. Most orphan drugs are not curative but palliative and need to be administered regularly. These drugs are highly expensive and inaccessible to the majority of the Indian population affected by rare diseases.

The incidence of rare diseases is believed to be higher in India compared to western countries due to the practice of consanguineous marriages in many communities. Social stigma for physically challenged individuals and patients with rare diseases continue to be a societal challenge that can only be addressed with education and awareness.

There is no specific push for research and development in the field of rare diseases in India, although the programs by funding agencies like the ICMR, Department of Science and Technology (DST), Council of Scientific and Industrial Research (CSIR) as well as the Department of Biotechnology (DBT) are noteworthy.

The Government should encourage and fund Indian academic research laboratories as well as pharmaceutical and biotechnology industries to take up scientific research work leading to the development of diagnostics and drugs for rare diseases.

ORDI would persuade and assist the government:

(i) To enact an act similar to the Orphan Drugs Act (ODA) of USA, and

(ii) To create a fund to support work related to rare disease research, education and treatment by institutions that are prepared to take up this work.

The Government has already started funding such work in a small way, but we believe that a lot more needs to be done. A national plan for rare disease research needs to be developed.

The lack of significant public funding for rare disease research is another critical impediment in creating the much-needed momentum for education, diagnosis and treatment of rare diseases in India

3. Can you tell us about rare diseases identified in India that need more attention from policymakers and doctors?

In the absence of a patents registry or database, it is very difficult to list top diseases and any number presently available may not be justified. ORDI believes that 'No Human Life Should Be Judged by a Statistic'.

We do not have a Government Policy for Rare Diseases. The Government needs to have a Task Force and involve all the stakeholders to discuss and debate the need for Rare Disease policy. ORDI being an umbrella organization and has already brought various stakeholder together and can be engaged along with other disease-specific support groups.

ORDI is already in the process of developing a Rare Disease Patient Registry. The registry can enable government policy making through various statistics for prioritizing focus and budget allocation.

5. Tell us about major initiatives of ORDI to help patients with rare diseases.

In last two years, we have undertaken various initiatives to address some of these challenges.

Skin Disease/ Dermatology - Rare Skin Diseases
The incidence of these rare diseases is very rare among the general population. Some of them are genetic in origin, while the etiology of the others remains unknown
READ MORE 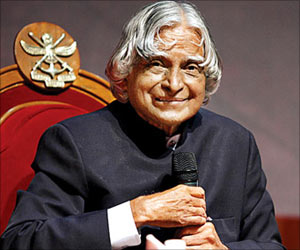 Coordinated Effort is Important in Fight Against Rare Diseases
Since there are very few cases of rare diseases reported in India, health ministries do not make an effort to know about them, says APJ Abdul Kalam, former President of India.
READ MORE