The Human Milk Bank Amaara was started in Delhi in 2016 by the Breast Milk Foundation (BMF), which is a non-profit organization that focuses on providing donor milk to high-risk infants. BMF was co-founded by Dr. Raghuram Mallaiah, Director, Neonatology, Fortis La Femme and co-founder Amaara, and Dr. Ankit Srivastava co-founder Amaara in 2015 with the aim to establish human milk banks across India to provide breast milk for the most vulnerable babies.

Breast milk is the safest and healthiest source of essential nutrients for infants. A human milk bank is a service that collects the donated human milk, ensures milk safety and makes it available for all premature and critically-ill babies. Amaara Human Milk Bank holds high standards for professionalism in breast milk donation.

What is the Difference between Breast Milk and Milk from Other Sources?
Breast milk is different and superior to pasteurized milk and milk from other sources.
Advertisement
‘Human milk bank has been launched in Bengaluru which aims to provide pasteurized human breast milk to premature or critically ill-babies.’
Tweet it Now 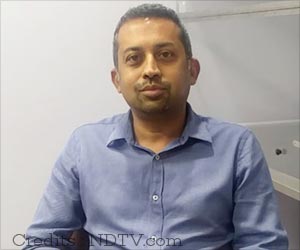 Breast milk is not only just 'food' that fulfills a newborn's dietary requirements; it contains antibodies that help in fighting against viruses and bacteria, lowering the risk of allergies, infections and other illness in the long run for the child. Breast milk is essential for the optimal growth and development of full-term babies and more so in the case of preterm babies.


Amaara has recently expanded the initiative, inaugurating its first full-service branch in Bengaluru. "We hope to open more such branches extending the love and care of Amaara. Hospitals can contact us for the services and avail them accordingly," says Dr. Ankit.

Breast Milk Might Be Used To Fight Antibacterial Resistance
Sugars present in the breast milk help take over bacteria which are usually resistant to antibiotics.
Advertisement
The Human Milk Bank was inaugurated and supported by Hon. Mr. Ryszard Czarnecki, Vice-President of the European Parliament, Brussels, Belgium.


The following is an exclusive interview conducted by Medindia with Dr. Raghuram Mallaiah to find out more details of Amaara and the constructive work Dr. Mallaiah is doing in this field.

1) What motivated you to start the Human Milk Bank 'Amaara'?

In India, the most prominent contributors to neonatal mortality are prematurity and low birth weight. Many mothers of vulnerable, hospitalized babies are unable to breastfeed them. Also, many mothers are unable to generate sufficient milk for their babies due to their weak health or other reasons. Donated human milk goes a long way in helping vulnerable babies in our society and thereby decreasing infant mortality.

2) How do you motivate mothers to donate breast milk?

We are encouraging mothers by educating them and creating awareness about this novel idea they can do voluntarily. We also urge more mothers to donate if experiencing an excess amount of milk to help preemies and high-risk infants.

Yes! Donated milk is very safe. Before mothers donate their milk, they undergo many serological tests to check for any illness that could pass through their breast milk. Each container of milk is then tested for any harmful pathogens. It is called a medical bank because the donated milk is fed to the babies only after all the impurities present in the milk are removed.

The donor milk that is collected might have bacteria and other vulnerabilities. This milk runs through different cycles; it is pasteurized at 64º C for half an hour to kill all the pathogens that could be present in the milk, and then kept in the cold storage before being given to a child.

5) How long can breast milk be stored?

6) How many people have you helped so far?

In Delhi, more than 180-200 premature babies have been fed with the milk from Amaara till April 2017 and lot of mothers have come forward to donate. In Bengaluru, we have supplied to 4-5 different hospitals so far.

Oxytocin Rich in Breast Milk Can Also Be Ingested Orally Through Medicines
It was thought that the uptake of oxytocin from mother's milk through the digestive tract would not be possible few days after birth.